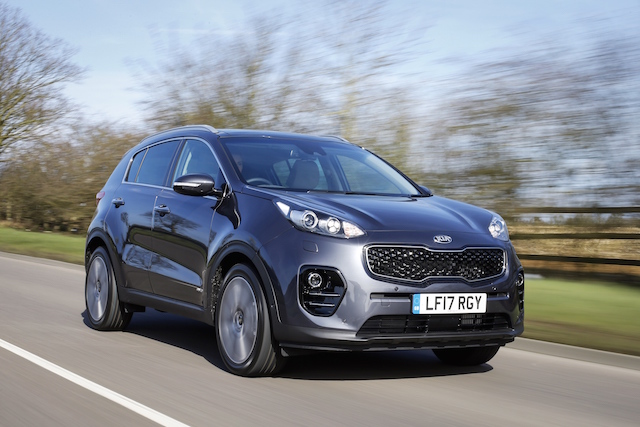 Kia's Sportage has passed five million sales globally since its launch 25 years ago.

It first appeared as an "Urban SUV" concept at the Tokyo Motor Show in 1991. Kia brought it to market in 1993, sharing a platform with the Mazda Bongo series of commercial vehicles. A traditional body-on-frame SUV, the first generation sold more than 500,000 examples over nine years.

The second-generation saw a more familiar unibody construction, on a platform shared with sister brand Hyundai's Tucson. Less utilitarian, the Sportage was a more familiar crossover-style SUV, with a focus on road use over off-road ability. In seven years of production, this model racked up 1.2 million sales.

It was the third generation that kicked the Sportage on to a new level. A new design from Peter Schreyer, a designer who was so successful that he later became Kia's company president, saw the car reach a million sales in half the time of its predecessor.

The current mode is the most successful to date. It hit the million sales milestone in half the time of even the third generation car, in January 2018. Average global sales in 2017 were 38,000 cars each month, and more than a third of all Kia sales in the UK that year were Sportage models. Across all four generations, Kia has now sold more than five million Sportages.

"We are extremely proud to have achieved this milestone production figure for our global best-seller. The continued and accelerating popularity of the Sportage demonstrates the breadth of the car's abilities and the strength of its appeal to buyers in markets all around the world.

"Since 1993, the Sportage has become a benchmark car in the compact SUV segment, and its success has also led to the creation of a diverse and comprehensive range of SUVs and crossovers from Kia - with other new models to follow in the future."