A-list celebrities who moonlight as restaurateurs 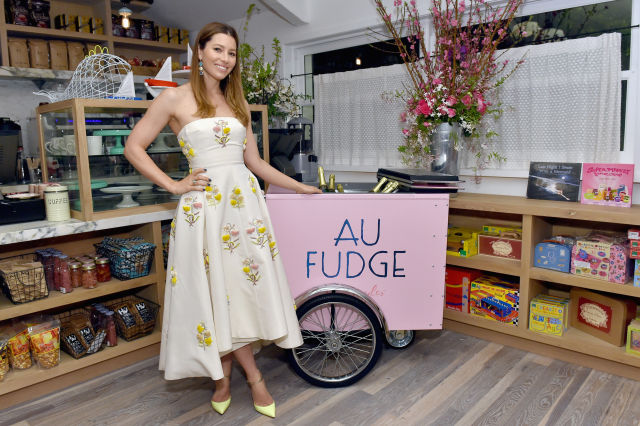 Not all celebrities like to stick to acting or singing. Some stars have decided to expand from their notable fame and open restaurants to bring their favourite food to their fans.

Robert De Niro, Jon Bon Jovi and Scarlett Johansson are some of the super-famous celebs who own restaurants in locations such as Paris, New Jersey and London.

From gastro pub fare at Jay-Z's joint to Moroccan-inspired dining at Ryan Gosling's cosy eatery, check out our pick of the restaurants owned by celebrities...

When they're not acting, singing or being world-class athletes, some of the biggest stars are opening their own restaurants, bringing their A-list style and favourite dishes to locations around the world.

Robert De Niro co-owns the mega-successful celebrity hotspot Nobu with chef Nobu Matsuhisa. Actor and director De Niro began his business relationship with his long-time friend in the '90s and urged that together they opened the very first Nobu in New York City in 1994 with restaurateur Drew Nieporent and Hollywood film producer Meir Teper. It was an instant hit and the current collection of Nobu restaurants includes international locations, from Nobu London to Nobu Melbourne.

Ryan Gosling opened Tagine with his chef friend Ben Benameur in Los Angeles in 2004 after Ryan fell in love with the Moroccan dishes Ben prepared that were inspired by his grandmother. The restaurant is a secluded hideaway in Beverly Hills, with smoked mirrors made by Ryan and co-owner Chris Angulo, Moroccan tables and pillows lining the walls to set the scene. Pastilla, vegan Berber couscous and honey lamb are some of the highlights of the menu.

Burger chain Wahlburgers is owned by actor Mark Wahlberg and his brothers Donnie and Paul. Chef Paul created his own twist on family favourites, such as Mom's Sloppy Joe. The restaurants were inspired by their father's BBQ grill and the big pot he used to fry homemade chips. Wahlburgers can be found across America, with locations including New York, Boston and Orlando.

Justin Timberlake opened Southern Hospitality BBQ, a super-casual Memphis-style BBQ joint for authentic southern BBQ in Midtown Manhattan in 2011. The singer co-owns the New York eatery with his friends Eytan Sugarman and Trace Ayala. Southern Hospitality says the key to its success is "the best food, drinks and service in a fun and vibrant setting."

Jessica Biel's child-friendly, West Hollywood eatery Au Fudge was dubbed the 'Soho House for kids' by New York Magazine and offers organic, wholesome food to those who want more from a kids' menu. Diners can expect posh dishes such as vegan oyster mushroom and truffle mac and cheese. It also comes with a marketplace, classes like children's yoga and candle making, as well as an indoor treehouse.

Located in New Jersey, Jon Bon Jovi's Soul Kitchen opened in 2011 and serves up healthy, organic and locally grown food. The non-profit community restaurant works by providing volunteer opportunities in exchange for a dining certificate. Bon Jovi and his wife Dorothea set up the eatery to address issues of hunger and homelessness, offering upscale fare with no prices listed on the menu.
Based at Hard Rock Hotel Ibiza, TATEL Ibiza is the third TATEL restaurant from founding members Enrique Iglesias, Rafa Nadal and Pau Gasol. The sophisticated beach restaurant is located on Playa d’en Bossa and serves up traditional recipes, Spanish gastronomy and fresh seafood, with an atmosphere reminiscent of a speakeasy club featuring 1920s glamour, live music and beachfront terraces.
Popcorn lovers in Paris can enjoy the tasty snack at Scarlett Johansson's Yummy Pop in the Marais district. The gourmet popcorn spot serves up the cinema treat with flavours including truffle, Canadian maple and chocolate with strawberry. Johansson opened Yummy Pop with her then husband Romain Dauriac and it is managed by the Frenchman's sister.
Susan Sarandon and her then boyfriend Jonathan Bricklin opened their first ping pong venue and bar, SPiN, in New York City in 2009, before the chain expanded to several cities throughout the US. The super-fun restaurant and lounge offers the chance to sit back, relax, play some games and enjoy a gourmet menu, which includes flatbread pizzas, salads and sliders.

Rapper and Brooklyn native Jay-Z is co-owner of the Spotted Pig, a trendy West Village restaurant drawing on British and Italian cuisines. Other notable investors of the no-reservations New York dining spot include Bono and American chef Mario Batali. It has an English country pub vibe and serves gastro pub-like dishes.