The most bizarre stories of animals found on planes 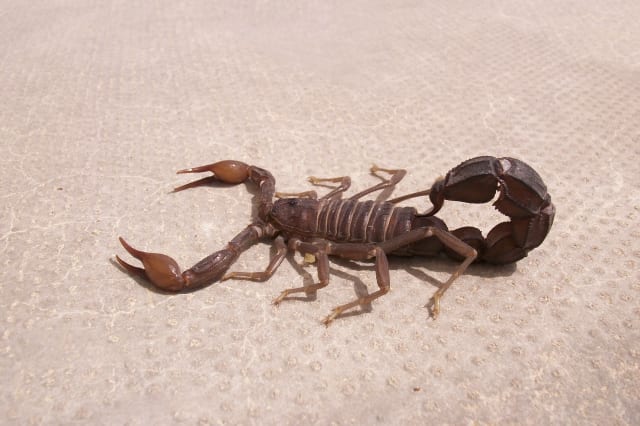 Thought snakes on a plane was just the theme of a terrible movie? Unfortunately for some air passengers, the slithery creatures have made their way onto real-life flights. But snakes aren't the only scary animals that have boarded planes. With the help of our friends at flight delays compensation company AirHelp, we've rounded up the most bizarre tales of creepy crawlies that have caused some of the strangest flight delays around the world...

A woman was stung by a scorpion while waiting for a plane to take off from Los Angeles International Airport on an Alaska Airlines flight to Portland, Oregon. The plane returned to the gate after the woman was stung on the hand and needed to be checked by medics. The incident caused a 50-minute delay.

SEE ALSO: Ten tiny creatures that can kill you

Ants in the air-con

It's been reported that cabin crew on a delayed flight from Mexico City had started the air conditioning, only to find a swarm of ants had made their way into the vents. Hundreds of ants were soon sprayed into the cabin, leaving plenty of passengers with the itch. 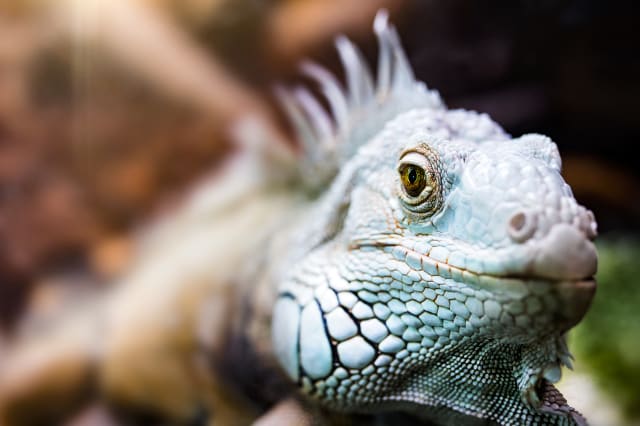 A WestJet flight was grounded in Toronto after customs officers were certain that some unwelcome guests had made it onto the plane. A passenger smuggled iguanas into their luggage, but when they were discovered only two of the creatures were still in the suitcase. The plane had to be stopped in order to have the cargo hold fumigated, avoiding the escaped iguanas from chewing through any wires or damaging the aircraft.

Passengers on a British Airways flight to San Francisco earlier this year were delayed for four hours when a mouse was spotted on the plane. The unusual stowaway's presence was suddenly announced to passengers and could have cost BA more than £150,000 in compensation for the passengers on board. Similarly, last year a Qatar Airways flight from Madrid to Doha was delayed for more than six hours after a mouse was spotted scurrying through the cabin. 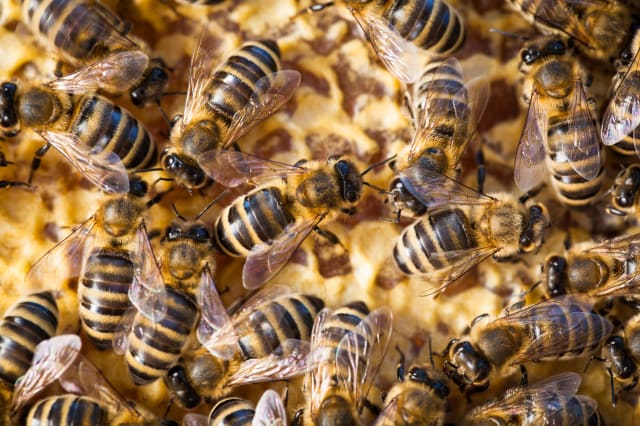 A Citilink Indonesia flight was grounded at Kualanamu International Airport earlier this year due to thousands of bees descending onto the aeroplane's right-hand wing. Luckily, the bees were unable to get inside. Frustrated passengers were left waiting more than 90 minutes for intervention from the local fire service, which ended up dislodging the insects with jets of water.

Cockroaches on the curtain

A colony of cockroaches took over a curtain division on an American Airlines flight from Miami to Reagan National Airport a few years ago. Passengers were left curled up on their seats during their flight while the group of unwelcome passengers caused a two-hour delay. Even if they were killed, cockroaches can live for up to a month without their heads. 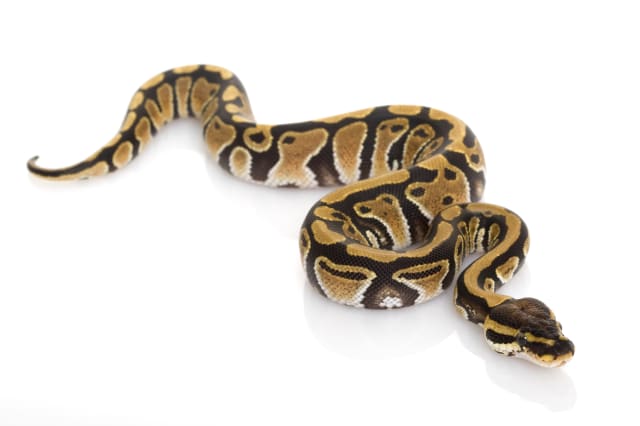 Snakes on a plane

Back in 2012, an Egypt Air flight was forced to make an emergency landing in the Egyptian resort town of Al Ghardaqa due to a passenger being bitten by a cobra. The passenger had managed to smuggle the Egyptian cobra in a carry-on bag. After being bitten, they tried to control the snake, but it soon slithered under the seats much to the fear of those sitting nearby. Another snake incident caused Qantas to ground a flight from Alice Springs to Melbourne in 2009 as four pythons mysteriously disappeared from their container in the cargo hold. Unfortunately, in both cases Samuel L Jackson was nowhere to be seen!

Weird things you can take on a plane
Fancy spending the duration of your flight knitting? They might look like the type of thing airport security would confiscate but knitting needles are permitted on board. You'll want to leave the your cutting tools at home though, unless your scissors are blunt with blades no longer than 6cm.
Carrying your beautiful wedding cake on a flight isn't the best way to preserve it for your big day but you are allowed to travel with it as your carry-on - as long as it fits in the overhead locker! Heathrow Airport says: "You can take most solid foods, including wedding cake, in your hand baggage if you wish. Foods in sauces or dishes containing a lot of liquid will have to be in containers of 100ml or less, and placed inside a single transparent, resealable plastic bag of a capacity no greater than 1 litre."
This might be surpring for non-hunters but in America, the Transportation Security Administration (TSA) allows travellers to carry antlers through aiport security and almost all US airlines allow them on board. Most will charge a small fee and ask that the anterles are cleaned and for the skull to be wrapped.
Whether you're a smoker or planning on lighting a few candles on your romantic break, you can carry one lighter on board. The UK government website says: "You should put it inside a resealable plastic bag (like the ones used for liquids), which you must keep on you throughout the flight." You can’t put it in your hold luggage or put it in your hand luggage after screening.
Travelling with Etihad Airways? Then your falcon can perch on your lap, too. While the Middle Eastern airline is happy to accommodate flyers who have one pet falcon, you will have to buy a first class ticket if you have two of the birds. Etihad says: "We accept the carriage of falcons in the main aircraft cabin provided that all the necessary documents have been obtained. We also accept falcons as checked baggage."
While some airports will allow Christmas crackers though security as long as they are in their original packaging but you will want to check with your airline if you can carry them on board, too. easyJet allows up to two boxes providing they are seals but warns passengers to check which novelty items they contain as "some crackers contain novelty items – such as sharp objects – that are not permitted onboard as cabin baggage".
Ashes carried in urns can go in your cabin baggage providing the urn is made of wood, cardboard or plastic, as it may not be possible for metal urns to be x-ray screened.
Some airlines will allow you to carry your bowling equipment in lieu of a piece of carry-on baggage. Virgin Atlantic says: "You’re welcome to bring your lucky bowling ball and shoes with you next time you fly Virgin Atlantic. As long as your bowling case doesn’t exceed 23kg, we’ll fly it at no extra charge – in addition to your free baggage allowance." US Airways allows its passengers to carry up to three bowling balls, one bowling bag and bowling shoes.
Spending Christmas abroad? Some airlines will make special accommodations for travellers taking their tree. Your fellow passengers might not be impressed with you dragging an evergreen through the airport. Flybe says: "There are no restrictions placed on passengers by Flybe as an airline with regards to the carriage of plants or trees. If you wish to carry a small plant, this can be carried in the cabin; alternatively this can be placed in the hold and must be properly packed."
If you're a nervous flyer, you might find comfort in carrying your own parachute on your next flight. Passengers travelling with Ryanair are told: "Parachutes of any type, recreational or sports type or paragliding wings (also known as 'canopy') can be accepted for carriage as checked-in or carry-on baggage subject to the standard restrictions for size and weight. These packs may contain an auxiliary or emergency 'chute' and a barometric mechanical activating (auto-release) device. These accessories are acceptable for check-in."
Miniature horses, along with pot-bellied pigs and monkeys, are allowed on flights if they offer passengers "emotional support". A manual from America's Department of Transportation describes them as "commonly used service animals", but that US airlines "are not required to carry certain unusual service animals in the aircraft cabin such as ferrets, rodents, spiders, snakes and other reptiles".
Don't panic if you spot mysterious vapours appearing from a fellow passenger's hand luggage. Some airlines will allow you to carry dry ice to preserve food or medicine. easyJet says: "You can carry a maximum of 2.5kgs of dry ice in your cabin bag as long as it is only used to preserve perishable items that are not classed as dangerous goods."
Up Next