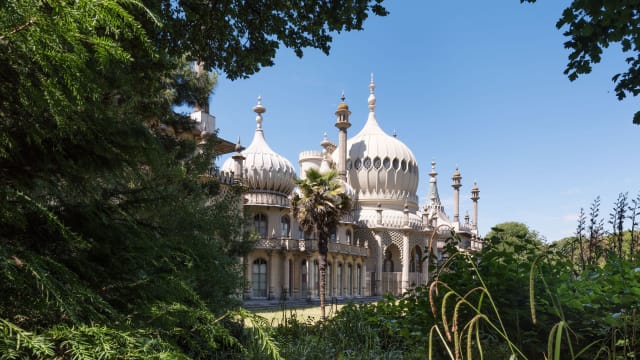 The world's oldest gasholder, Brighton's Royal Pavilion gardens and "Little Dorrit's church" have been added to the list of heritage sites at risk, it has been revealed.

A gunpowder works which has been hit by flooding, a medieval timber-framed building hit by a lorry and a church designed by architect Nicholas Hawksmoor are also now considered to be under threat.

SEE ALSO: Could Stonehenge lose its UNESCO protection over the new tunnel?

But there is better news for other historic sites including a bombed-out church in Liverpool, an atomic bomb store, a prehistoric stone circle threatened by a bracken infestation, and artist JMW Turner's retreat, whose futures have been secured. 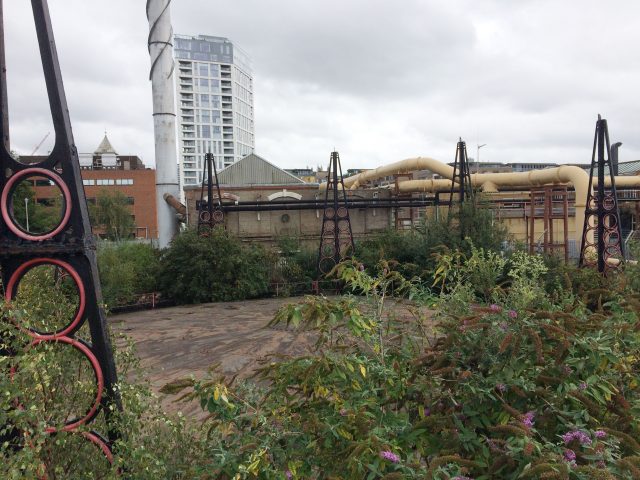 The figure is down on last year, with 387 sites rescued from decline or decay, while 328 were added to the list because they are at risk.

Historic England warns the high number of conservation areas on the register this year - the 50th anniversary of the introduction of the designation - is of "particular concern", with 47 historic town areas added in 2017.

Among the other sites added to the list this year is Gasholder number 2 at Fulham Gasworks, south-west London, built in 1830 and the oldest in the world, but deteriorating due to vegetation growth.

The Royal Pavilion Gardens in Brighton, designed by John Nash, have been affected by increased popularity with visitors since a restoration in the 1980s and their character is being further eroded by a "disparate" range of fencing, litter bins, signs and lighting.

The Church of St George The Martyr in Southwark, south London, often referred to as Little Dorrit's Church because it features in Charles Dicken's novel and is next to Marshalsea Debtors' Prison where the Dorrits are imprisoned, is on the list because of its poor condition.

New Sedgwick Gun Powder Works in Cumbria, the timber-framed 14th century Lady Row in York and the Hawksmoor-designed St Anne's Limehouse Parish Church in Stepney, east London, which is suffering water damage, have also been added to the register.

But the former RAF Barnham Atomic Bomb Store, on Thetford Heath, Suffolk, has come off the register following funding from Historic England to repair structures, and St Luke's "Bombed Out" church in Liverpool has been refurbished.

Sandycombe Lodge, in Twickenham, south-west London, designed and lived in as a retreat by artist JMW Turner, has been saved with a £2.4 million restoration and Birkrigg Stone Circle, near Ulverston, Cumbria, has been rescued with "bracken bashing" from an infestation of the plant.

Duncan Wilson, chief executive of Historic England, welcomed the saving of 387 historic sites across England by organisations and communities working with Historic England.

He said: "From the volunteer bracken-bashers at prehistoric sites to the apprentices learning and applying traditional craft skills to medieval buildings, this is a huge, collective labour of love and it is well worth it.

"But across England, thousands of fascinating buildings and places full of history are still at risk and in need of rescue. There is much work to do to secure their future."

It’s not difficult to imagine how the gothic ruins of Whitby Abbey would have inspired Dracula author Bram Stoker, when visiting the town. This atmospheric attraction, set high on a headland, contains much for visitors to discover, but it’s also well worth pausing to enjoy the views over the popular seaside town that shares its name.

Visitors to Kenilworth Castle can now scale the heights of the Earl of Leicester’s building and explore the private rooms of Queen Elizabeth I as well as the views she enjoyed. At the time of her 1575 visit, the building was one of the most spectacular works of architecture in the country, with enormous glass windows allowing the queen to look out at the spectacular castle and surrounding countryside. It's still pretty spectacular today...

Known as the ‘Castle of the Rock’, Beeston is famous for its views, which range from the Pennines all the way to the Welsh mountains, and extending over eight counties on a clear day. Built atop a mighty crag, it was a striking proclamation of the wealth and power of Ranulf, Earl of Chester, and provided a strong defence against aristocratic rivals.

Set on a tall mound in the heart of Old York, this imposing tower is almost all that remains of York Castle, originally built by William the Conqueror. In its time, the tower has seen many uses, including as a prison and a royal mint, and today provides panoramic views out over the historic city of York.

This magnificent castle has long guarded England’s shores, looking out across the English Channel from its position high above the White Cliffs of Dover. Visitors can stand where Winston Churchill looked out towards France from the Admiralty Lookout, or climb the steps to the top of the Great Tower for spectacular views in all directions.

Climb up the wall walk at this medieval fortress and you can really imagine looking out in times gone by across the mere and old hunting grounds. Pick up an audio tour to find out more about the historic view, or look below and imagine the events that took place in the castle, such as Mary Tudor gathering her forces to claim the throne of England.

This hidden gem commands the passage of the River Wye from atop a wooded hill. It was held by a succession of powerful medieval lords, who might have looked out at the surrounding Herefordshire countryside as those who tackle the spiral staircases of the square keep can do today.

Imagine what life was like for Roman soldiers posted here almost 2,000 years ago. At this well-preserved fort on the Hadrian’s Wall World Heritage Site, visitors can enjoy stunning panoramic views from the walls of this Roman ruin, looking out onto the stark Northumbrian countryside as troops posted on this frontier will once have done.

"It is impossible to imagine a prettier spot" said Queen Victoria after her first visit to Osborne, the Isle of Wight retreat where she would come to relax with her family. Visitors today can explore the gardens and beach, taking in the magnificent views across the Solent that the monarch once enjoyed.

Few historic sites evoke as much myth and mystery as the fascinating ruins of Tintagel Castle, positioned high above the Cornish coast. This dramatic location lends itself to spectacular views, earned by climbing up the steps to the island for stunning coastal scenery that must have inspired Richard, Earl of Cornwall, to build a castle here in the 1230s.