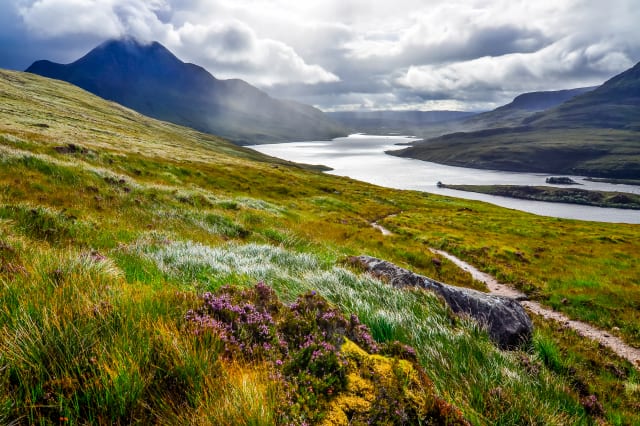 Visitors to the temporary shop in Charlotte Street, London, can plan a bespoke trip to Scotland based on their favourite pictures posted by other travellers on the social media site.

Pictures tagged #ScotSpirit are displayed on floor-to-ceiling Instagram walls and visitors to the agency, open from Wednesday until Saturday, can build up an itinerary of places, restaurants and attractions across the country.

Charlie Smith, director of marketing at VisitScotland, said: "As a destination we are keen to develop and deliver our powerful national story, giving a respectful nod to the past but portraying a modern, welcoming and dynamic Scotland. 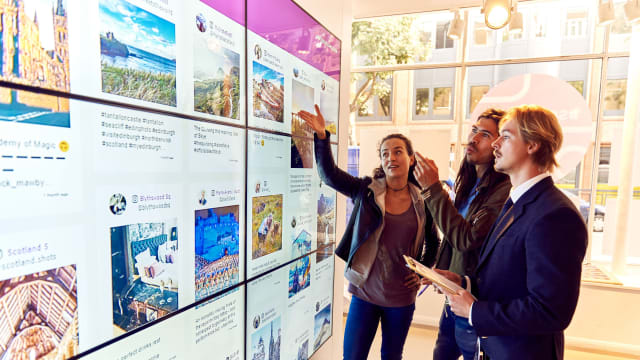 "We're proud of the fact that VisitScotland has the biggest tourism Instagram account in Europe, with over 370,000 followers.

"People love our feed not only for the stunning photographs - often taken by our visitors - but also because they discover the immense and unexpected variety of things they can see and do in Scotland.

"Our biggest number of Instagram followers come from London, so by extending that traditional Scottish hospitality and opening the world's first Instagram Travel Agency in London, we hope to inspire them to come to Scotland to experience it for themselves."

11 PHOTOS
Forbidden Instagram photography from around the world
See Gallery

Forbidden Instagram photography from around the world
Love sharing your creative travel photos on Instagram? Not everywhere is welcoming to camera phone-toting tourists looking to impress their followers with their holiday snaps. From the Vatican City's Sistine Chapel to London's Crown Jewels, we've scrolled through Instagram to bring you the forbidden pictures that shouldn't have been captured...
You probably didn't know this, but it's illegal to share photos of Paris' famous Eiffel Tower at night. Thanks to a copyright law known as 'freedom of panorama,' visitors who take and post photos of the landmark's sparkling light show at night online could be fined.

The Sistine Chapel attracts millions of visitors each year and photography is strictly prohibited. This isn't to prevent flashing cameras from damaging the art but dates back to 1980 when the chapel's art was restored thanks to the assistance of Nippon Television Network Corporation of Japan, which offered $3 million in return for exclusive rights to photography and video of the art. Though this hasn't stopped tourists from snapping away and if you search #sistinechapel on Instagram, you'll see thousands of photos of the frescoes.

Formula 1 fans should be wary of taking photos at Abu Dhabi's racing track. In 2011, two men were fined 1,000 AED (£210) and 5,000 AED (£1,050) for taking photos of the Yas Marina motorsport racing circuit, The National reported. The visitors argued that the tourist attraction is commonly photographed and there were no visible signs prohibiting cameras but prosecutors insisted there are signs.

Ever wondered why you've only ever seen photos of the outside of the Taj Mahal? Photography is prohibited inside the main mausoleum of the UNESCO World Heritage Site, although some travellers say it depends on who is operating the chaotic security at the entrance gates.
A site that can only be viewed from afar, the Presidential Palace in Abu Dhabi is strictly off limits to tourists. In 2011, an Iranian tourist was jailed for three months for taking photos of the palace before spending a month in a cell after the verdict. According to The National, he told the court he took photos out of "admiration of the structure of the building" and did not have any "bad intentions" but Chief Justice Shehab al Hammadi of the State Security Court said: "He should have inquired if it was not forbidden to take photos."
They might be sparkly and Insta-perfect but the Crown Jewels at the Tower of London are strictly not to be photographed. That hasn't stopped a few tourists from sneaking a quick snap and sharing it with their followers though...
There are so many images of Michelangelo's David on Instagram that it's hard to believe that photography is banned but Italy claims copyright over any images of the 17-foot marble sculpture, with guards at Florence's Accademia Gallery often heard yelling "NO PHOTO!" at tourists.
Photography is banned inside the historic tombs of Egypt’s famed Valley of the Kings, with signs prominently posted that cameras are not allowed.
Amsterdam’s Van Gogh Museum reintroduced its ban on photos after allowing personal photography for a short time in 2013. It reinstated the ban in 2014, saying that photography in the popular tourist attraction "caused tension between those wishing to photograph and those wishing to view the paintings".
Visitors after a selfie with the tomb of Elizabeth I or William Shakespeare's memorial are often disappointed as photography is not permitted inside Westminster Abbey. The website states: "We believe that the unique beauty and history of the Abbey are difficult to enjoy with the distractions which widespread photography would bring; and that photography would diminish the sacred and intimate atmosphere of a building which is, first and foremost, a living, working church."
Up Next

Edward Enninful says Vogue racial profiling had happened to him before

Check out these exotic fruits we didn’t even know existed

Oreo and milk hack is stirring up controversy

A Minute Of Kindness: Helping Salons For Afro Hair