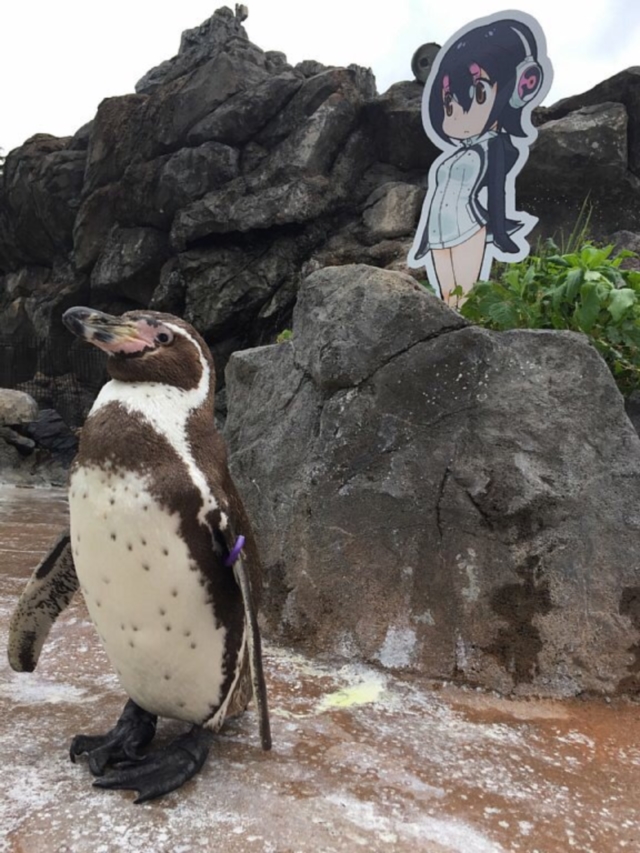 A penguin that became famous for falling in love with a cardboard cut-out has died at Tobu Zoo in Japan.

SEE ALSO: Penguin is 'hypnotised' by visitor at London Zoo

Grape-kun passed away at the age of 21, just a month before the zoo's Grape Festival, which celebrates the penguin with a series of events.

According to Phys.org, officials at the zoo said Grape passed away after a brief illness and was around 80 years old in human years.

The Humboldt penguin fell in love with the cut-out of Hululu, a character from the Japanese anime Kemono Friends, after he was dumped by his penguin made Midori.

Grape would stare at Hululu for hours on end.

Tobu Zoo's penguin caretaker Eri Nemoto told local media: "Little Grape had a wife called Midori but she left him and found herself a new husband.

"We put the cardboard panel next to him to comfort him to the very end."

HuffPost Japan reports that tributes have been paid online, including a message on the official Twitter of Kemono Friends, saying: "A lovely figure, deeply engraved in the heart."