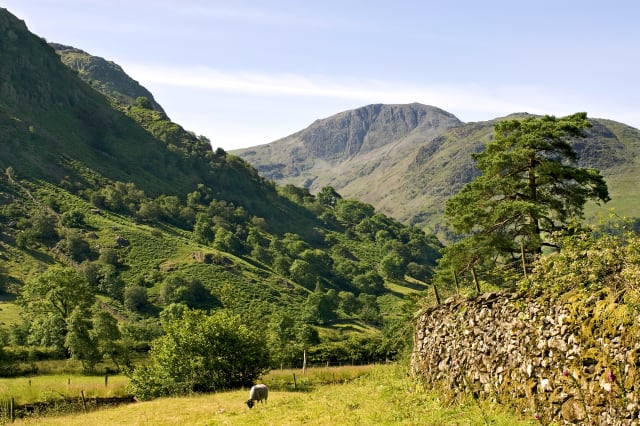 Britain's must-visit holiday destination for a 2018 UK break is the Lake District as the breathtaking destination is set to be one of the hottest places to visit next year.

SEE ALSO: Ten things to do in the South Lake District

2018 will also see the release of Peter Rabbit in cinemas, making it the number one film location and literary hotspot of the year. 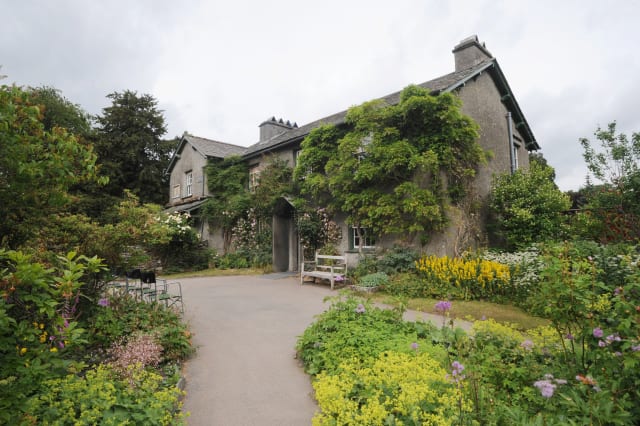 Beatrix Potter's classic tale of a mischievous blue-jacketed rabbit trying to sneak into a farmer's vegetable garden will see James Corden voice the lead role of Peter and Rose Byrne starring as Bea. The voices of Margot Robbie and Daisy Ridley will also feature. Some of the location scenes were shot in the towns of Ambleside and Windermere.

The Lake District was Beatrix Potter's home and fans of the author and the new film can soak up the natural beauty and plentiful wildlife which inspired many of her literary creations.

A highlight for your 2018 trip is Hill Top, Potter's home which dates back to the 17th century and is full of her favourite things. The gorgeous garden is straight out of one of her 'little books' and features a rhubarb patch where Jemima Puddle-Duck laid her egg and the garden where Tom Kitten and his sisters played.

The Lake District in pictures

One of the smallest lakes in the area, it's possible to walk around Lake Buttermere in around two hours. It's one of the most photographed lakes in the Lake District because of the wonderful reflections.

England's largest natural lake, Windermere is one of the most popular places for holidays in the UK.

Dotted with little islands, one of the best ways to see the full glory of Derwent Water is by taking a 50-minute cruise around the lake. There are seven landing stages where you can hop on and off at your leisure.

The Langdale Valley is one of the most popular places for walkers and climbers. Fell walking routes include Bowfell, Crinkle Crags, the Langdale Pikes as well as Scafell Pike, England's highest mountain.

At 79m, this is the deepest lake in England.

2018 is set to be a bumper year for travel, with new fantastic flight routes, major celebrations and a whole host of hotels opening in beautiful corners of the world. To help you decide where to go on holiday in 2018, we've picked ten of the hottest destinations in the UK, Europe and beyond.

From the sun-kissed host of the Commonwealth Games to the European Capital of Culture, these are the places to visit in 2018...

Known as Australia’s playground for entertainment and adventure, the Gold Coast steps into the international spotlight for 2018 as its hosts the Commonwealth Games. One of the host city's most exciting projects for the occasion is the Gold Coast Cultural precinct, catering for festivals, cinemas, concerts and events. Providing revellers a backdrop of surf, sand and sun, the Gold Coast is an up-and-coming hotspot for travellers with quirky bars and stylish restaurants popping up along the coastline. Book it: Austravel offers ten-night holidays to Queensland from £1,589 per person, including four-star accommodation, car hire and flights.

If the big screen inspires your travels, you'll want to hit the Lake District in 2018 as this beautiful part of England features in the first CGI-animated film of the Beatrix Potter-created beloved character, Peter Rabbit. Location scenes of the film, which premieres in March, were shot in the towns of Ambleside and Windermere. The Lake District was also recently awarded UNESCO World Heritage Site status, making it the number one place to visit in the UK in 2018. Book it: Sherpa Expeditions offers an eight-day Cumbrian Way: Crossing the Lake District holiday from £570 per person.

A UNESCO World Heritage Site, Malta’s capital city of Valletta is awash with history, culture and spectacular architecture. It is the European Capital of Culture 2018 and will officially launch on 20 January 2018, with the city's four main squares providing backdrops to acrobats, dancers and digital artistic projections, along with a series of cultural festivals and events throughout the year. Visitors to Valletta should check out sites including St John’s Co-Cathedral and Renzo Piano’s City Gate. Book it: Mercury Holidays offers three-night breaks to Valletta from £295 per person, including flights and a stay at the five-star Grand Hotel Excelsior.

One of the hottest new flight routes in 2018 is British Airways' service from Heathrow to Nashville, bringing the Music City to UK travellers from May 2018. BA will fly to the capital of Tennessee five times a week, offering visitors 160 live music venues, a thriving food and drink scene and a rich history. Conveniently positioned between three interstate highways, Nashville is also an excellent starting point for Southern road trips, with Memphis and New Orleans all within easy reach for a fly-drive holiday to America. Book it: Flights start from £749 return with British Airways.
2018 marks 50 years since Mauritius proclaimed independence from the UK.  The island's celebrations are set to include ceremonies, live music and performances on the national day, 12th March. As part of wider celebrations throughout the year, you can explore all four corners of the island - from the bustling and vibrant city of Port Louis in the north to the Chamarel Seven Coloured Earths and beautiful site of Le Morne Brabant in the south. The cultural and historical sites will really come to life during these celebrations and visitors will be able to see what a melting pot of cultures Mauritius really is. Book it: Hayes & Jarvis offers seven-night holidays to Mauritius from £1,318 per person, staying at the LUX* Belle Mare with airport transfers and return flights.

For a truly off-the-beaten-path holiday in 2018, look no further than Hoh Xil in China. Out in the western province of Qinghai, Hoh Xil remains one of the last untouched natural landscapes on Earth and was added to UNESCO's list of World Heritage Sites in 2017 as the largest and highest plateau in the world. The area is home to over 230 rare species of animals, wide open plains and crystal-clear lakes. Book it: Black Tomato offers trips to China, including exclusive permits for Hoh Xil, from £5,250 per person for ten nights.

Jordan's capital city is experiencing exciting developments, with three hotel openings due to open in 2018, making it an excellent long-weekend destination as it is just 5.5 hours away by plane. Amman has plenty to offer, from great food stalls and restaurants on Rainbow Street to exciting places in the upcoming Weibdeh area. The W Amman Hotel opens in early 2018 and will be a vibrant sanctuary styled in contemporary luxury and nestled in Amman’s Financial District, which is among traditional markets and ancient ruins. The five-star Ritz Carlton and St. Regis will also open later in the year, bringing even more luxury to the vibrant city. Book it: BA Holidays offers four-night breaks to Amman including return flights and a stay at Grand Hyatt Amman from £733 per person.

Summer 2018 will see holidaymakers lust over Vis, when the remote and sleepy Croatian island takes a starring role as Greece in new Mamma Mia sequel, Mamma Mia, Here We Go Again. The original cast, which includes Meryl Streep, Julie Walters and Colin Firth, will reunite to continue their story. Vis is reached by catamaran from Split in under 90 minutes and offers a small island community feel, pretty fishing villages, coastal caves and smooth pebble beaches - it's the perfect place to experience authentic Croatia. Book it: Prestige Holidays offers seven-night escapes to the island, staying at the ten-room Hotel San Giorgio, with flights, ferry and transfers included, from £769 per person.

February 2018 sees the launch of the longest ever non-stop route between Gatwick and Buenos Aires from low-cost airline Norwegian, making Argentina easier to reach than ever, with return flights for under £600. Travellers can leave the hustle and bustle of Buenos Aires behind and use the new route to explore Argentina's lesser-known regions, including the beautiful north-west Salta province with its salt flats, turquoise lagoons and volcanic landscapes. Book it: Pura Aventura takes travellers to remote and undiscovered Northern Argentina from £5,625 per person, including 16 nights’ accommodation, internal flights, transport, guides and activities.

In 2018, Estonia celebrates 100 years since its Declaration of Independence, where it welcomed in a new era of free expression. The calendar of EV100 events includes village parties, a pop-up sailing school and theatre series. From the red-brick fortresses of the Baltic Germans, to a Tsarist Russian Orthodox Cathedral, there is an array of eclectic influences for discerning travellers to explore. Book it: Martin Randall Travel offers a 6 to 14 August 2018 tour from £2,870 per person, including flights, private coach transfers, accommodation and most meals with drinks.
Up Next