Five things you never knew about money and marriage 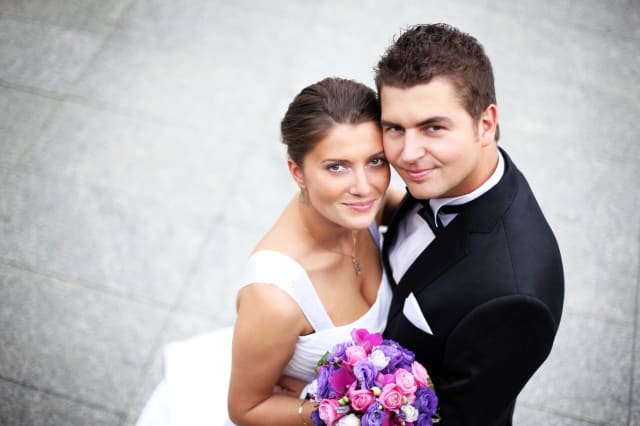 When two people decide to tie the knot it's not just their families and futures that are bound together, but also their finances.

In this video, The Telegraph reveal five things you may not have known about money and marriage, touching on subjects including capital gains tax, the stamp duty surcharge and the marriage allowance

Stamp Duty surcharge
Similar to Capital Gains Tax, married couples can only have one residence for Stamp Duty. The surcharge of 3% will be payable if one spouse owns a property and the other buys a second one - even if only one person's name is one the deeds.

Taking on a mortgage
Normally items passed between spouses are tax-free, but there is one major exception to this, if a property is mortgaged and passed from one partner to the other the receiving partner must pay Stamp Duty on the mortgage debt.

Marriage Allowance
This can be claimed by couples where one is a non-tax payer and the other is a basic rates tax payer. Married couples allowance is a different benefit that can be claimed by older couples and can be worth up to £835.50 per year, if you were born before 1935.

Inheritance Tax Benefits
While married couples can pass assets between them Inheritance Tax Free, it's not the same for non-married couples. Anything above the normal nil-rate band of £325,000 would be subject to tax at 40%. A married partner could also pass on their allowance to the other, meaning the surviving spouse could pass on £650,000 tax-free.

5 PHOTOS
Celebs who have suffered financially after divorce
See Gallery

Celebs who have suffered financially after divorce
In 2009, after a bitter divorce battle, Cleese was forced to give his third wife £8 million in cash and assets - including a £2 million Holland Park house and half a beach house in Santa Barbara. He must also pay significant alimony. He didn't run up debts during the process, but has sold a number of assets - including paintings and props, and has been on a world tour with his one man show: 'How to Finance your Divorce'.
He said in September last year that he was 'downsizing' his life, selling his ranch in Napa and returning to TV where the pay is steadier. According to Fox News he added: "Divorce is expensive. I used to joke they were going to call it 'all the money', but they changed it to 'alimony'.
The Gossip Girl actress filed for bankruptcy this year. One major contributing factor was an enormous legal bill from her divorce and custody battle with her ex-husband. Her German husband had been deported, and the divorce lawyer ruled that the couple should spend equal time with the children. Because her husband could not enter the US, he ruled that they should live with their father and Rutherford should travel to visit them. She told E!News she had "spent every penny. Every penny from Gossip Girl, my pension, my stocks has been spent fighting for my children."
One of the oddest celebrity divorce settlements was in the late 1970s when Marvin Gaye was ordered to record a new album and pay the royalties to his ex-wife. The album is called Here My Dear and includes songs such as "You can leave, but it's going to cost you'. The cost of the divorce was one of a number of factors that drove him to bankruptcy in 1979.
The Sopranos actress (who played Dr Jennifer Melfi) filed for bankruptcy in 1999. She had spent five years fighting a custody battle with her ex, Harvey Keitel, and despite getting custody of her daughter, she told the New York Times she was left $2 million in debt to the lawyers in her bankruptcy and custody cases.
Up Next