Weird things to do in England this summer 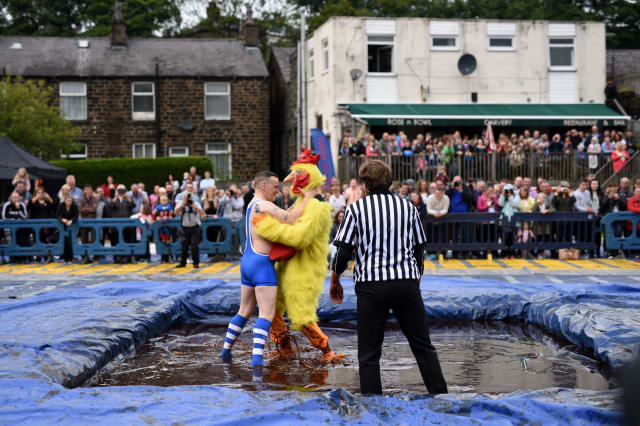 Looking for fantastically fun activities and events in England this summer? We've picked some of the most bonkers things to do across the country, come rain or shine.

SEE ALSO: Ten things to do in England after dark

Whatever you're into and wherever you're based, these terrific days out will inspire you to experience the best of England this July, August and September. From fabulous experiences for grown-ups only to awesome places the kids will love, there are great ideas for everyone. 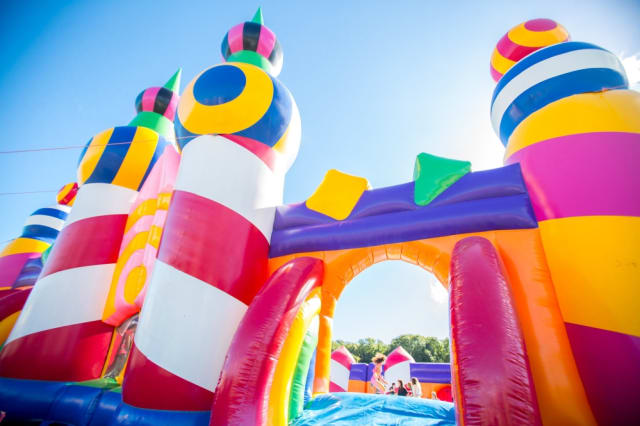 Fans of the truly weird and wonderful won't want to miss watching the World Gravy Wrestling Championships in Lancashire, while animal lovers who like to keep active will adore the arrival of goat yoga to Hampshire. For those who like to head straight for the seaside when the sun comes out, Margate will be hosting the world's biggest bouncy castle this summer. The mammoth inflatable will be large enough for 100 bouncers at a time and taller than the Great Wall of China.

There is also plenty going on in London, with a giant waterslide hitting Alexandra Palace and an underground pop-up bar serving cocktails with a story. Discover more unusual things to do in England this summer...

Weird things to do in England this summer
This summer will see the world’s biggest bouncy castle come to Dreamland Margate, where the mammoth inflatable will have a two-week stay at the Kent attraction from Saturday 12th to Saturday 26th August 2017. The castle will be filled with 1,143 cubic metres of air and measure an epic 21 square metres. It will stands at nearly 13 metres tall at its highest point and comfortably accommodate 100 people at a time. £3.50 for a ten-minute bounce.
Known as one of England's weirdest ‘sports’ and pastimes, the World Gravy Wrestling Championships in Rossendale is probably the quirkiest thing you'll witness this summer. Taking place on 28th August 2017, the event sees fearless contestants line up to battle it out in a pool full of Lancashire gravy to be crowned the Gravy Wrestling Champion.

Grown-ups visiting Seaham Hall can enjoy an ice cream experience with a difference this summer as the sprawling coastal retreat will launch an array of creatively-flavoured ice creams, boozy liquid nitrogen ice creams and a range of enticing frozen cocktails at its beach hut. Chilled delights will include Tahitian vanilla ice cream with roasted hazelnut, Tonka bean and Ethiopian coffee and Summer Garden liquid nitrogen ice cream featuring Pimm's. £20 for two ice creams or frozen cocktails from the menu. The cabin will be open on Fridays and Saturdays throughout the summer.

Believed to be one of the most haunted places in England, Brighton's historic streets have been home to several sightings and manifestations including an adventurer, a girl and even a flirtatious spirit. A paranormal tour leads you through the macabre history of the Lanes, where you will learn of the long dead and the places where they met their tragic ends. £8 per adult, £4 per child for the Ghost Walk of the Lanes.
Goat yoga, or Goga, has arrived in England! Mucky Bucket Farm has launched classes of yoga’s latest trend, yoga with goats, which combines the benefits of yoga with animal therapy. Classes, which are available in Southampton and Portsmouth, are held in a room as goats wander among downward dogs and forward bends. The classes are ideal for yogis who love adorable, furry animals. £20 per one-hour class.
Secret underground bar The Bletchley is an immersive cocktail experience which recreates a secret WWII code cracking room, with drinkers slipping in through a secret door and entering your taste preference into a cipher machine. You then receive a unique code that is transmitted via radio, before mixologists decode and conjure up the perfect cocktail. £29.99 per person, including welcome drink, two Cryptic Cocktails and two hours inside the bunker.
Did you know garlic is not just useful for scaring off vampires, but can be used to make beer and popcorn? Set against the beautiful backdrop of the Isle of Wight countryside, the Garlic Festival is one of England's most unusual festivals. Taking place from 19th to 20th August 2017, its centrepiece is the locally grown garlic and the amazing range of garlic products available. Try garlic beer, watch cooking demonstrations, enjoy traditional fun fair rides and even try your hand at circus skills. From £9 for adults, £5 for children, free for children under five.
Lovers of the outdoors can experience the unique opportunity of sleeping among animals in cabin-style glamping lodges in South Gloucestershire's Wild Place Project. Launching this summer, the one-of-a-kind Camp Baboon will treat you to a stay next to neighbours including Gelada baboons, cheetahs, reindeer, wolves and lemurs. There will also be endangered animal encounters, twilight and sunrise tours of the park, outdoor activities and the chance to toast marshmallows over a crackling campfire. From £87 per person.
ROKTFACE, Britain’s highest man-made climbing wall, opened at ROKT climbing centre in Brighouse this spring, inviting brave climbers to the exciting attraction. The climbing wall scales a disused grain silo that’s taller than the Tower of London. The wall is open to amateur and professional climbers, with routes ranging from 28 metres to 36 metres. On a clear day, the view from the top stretches for almost 20 miles over the Yorkshire countryside. From £15 per person.
This summer, lovers of all things fun are invited to don their swimwear, grab a dinghy and whizz down Alexandra Park hill on a 100-metre white knuckle ride. Big kids who fancy sliding down the Giant Waterslide can head to Alexandra Palace's Summer Festival on 22 July 2017. There will also be a silent disco, family raves, outdoor cinema and a circus. £8 per ride on the waterslide.
Up Next