The airline that wants to make passengers stand 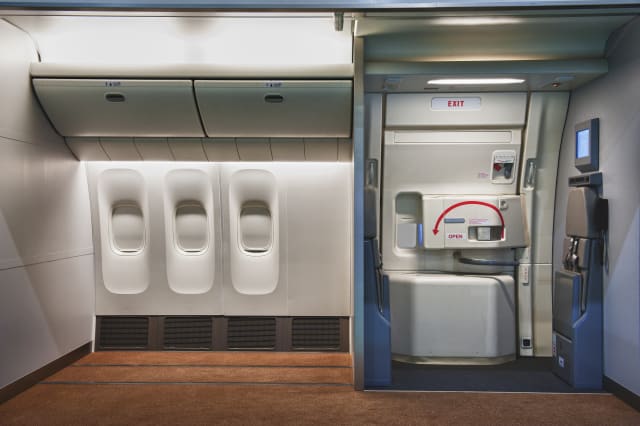 VivaColombia wants to remove all seats from its planes to squeeze in more passengers and lower the cost of flying.

The budget airline's founder and CEO William Shaw told the Miami Herald: "There are people out there right now researching whether you can fly standing up. We're very interested in anything that makes travel less expensive."

SEE ALSO: These flying facts will gross you out

SEE ALSO: Who should get the armrest in the middle seat on a plane?

The budget airline's goal is to give working-class Colombians the chance to afford flying and explore their country.

Shaw added: "Who cares if you don't have an in-flight entertainment system for a one hour flight? Who care that there aren't marble floors...or that you don't get free peanuts?"

While standing-room-only flights might sound revolutionary, VivaColombia is not the first airline to consider the bold move.

In 2012, Ryanair revealed plans for standing-only tickets but these were foiled by an unnamed regulator who refused permission for test flights.

The application was made to test flights with standing berths, handrails, and straps, but the response to it was "somewhat negative" said Ryanair boss Michael O'Leary.

It posed certain safety questions, particularly pertaining to how passengers would wear seatbelts, and when asked how he envisioned the standing berths to be laid out, O'Leary said: "Same as on the London Underground, handrails and straps."

Airbus' 2014 patent for bicycle-style plane seats would mean a less comfortable flying experience and with more passengers packed in. The seats have no tray, headrest or much legroom, but just a small backrest. They are fastened to a vertical bar and retract to increase space when not in use. The patent was submitted with budget airlines in mind.

To allow people to fully relax on an aircraft, Airbus proposes a 'vitalising zone' by 2050 "to bring the passenger closer to nature". According to the manufacturer, the "bionic structure and membrane will create the perfect combination of strength, light and space, offering panoramic views of the world outside through large areas where the lining can become transparent at the wave of a hand". The intelligent organically grown seats will sense your needs, offering massage, drinks, vitamins, or even a gentle sea breeze to wash over you.

Airbus came up with a new way to shave off turnaround time between flights in 2015 - by using detachable plane cabins. The French manufacturer's removable cabins could be swapped in and out of an aircraft to increase efficiency for boarding passengers. The concept would also allow planes to fly more frequently, with less time sitting and waiting on the ground.

For in-flight entertainment like no other, Airbus proposes an astronaut-style helmet which would allow passengers to fully immerse themselves in on-board entertainment. Designed by Frenchman Bernard Guering, the isolation helmet would block out all noise while packed with 3D and holographic video support. It would be operated by a remote control or motion capture gloves and would be air conditioned to make it comfortable to wear for a long period of time.

In 2010, Ryanair boss Michael O'Leary planned to introduce standing-only flights for travellers to fly for as little as £4 with the budget airline. The CEO wanted to remove the back ten rows of seats from the carrier's planes and replace them with 15 rows of vertical seats. Unfortunately for O'Leary, he was refused permission for test flights after the idea posed certain safety questions - particularly pertaining to how passengers would wear seatbelts. When asked how he envisioned the standing berths to be laid out, O'Leary replied: "Same as on the London Underground, handrails and straps.”

In a radical design from Airbus, the UFO-like 'flying doughnut' aircraft would see passengers board the plane via an escalator, entering a circular cabin with curved aisles and a hole in the middle. The futuristic plane would seat business class passengers within the inner ring and distribute cabin pressure more evenly, decreasing stress to the structure.
Boeing wants passengers to have better sleep in the air and in 2015 patented a bizarre "transport vehicle seat back with integrated upright sleep support system" known as the 'cuddle chair'. The chair features a cushion, headrest and strap system for forward-leaning sleep on flights.

Zodiac has come up with a new design for plane seats that would squeeze in as many people as possible. The catch? The 'Economy Class Cabin Hexagon' alternates the seats between facing forwards and backwards so you would be facing a fellow passenger - not the best feature if you're an anti-social traveller. The design promises increased shoulder room and an extra four inches of legroom. The bottoms of the seats can also be folded up to allow easy access to the middle and windows seats so you won't have to clamber over fellow passengers to get to your seat.

Adjustable plane seats could be the answer to offering more legroom to passengers, according to Aerospace. A patent submitted in 2015 detailed the plane seats that would roll back and forth to give tall passengers more legroom and short passengers less. The system works on aircrafts' already-existing tracks, with each seat fitted with wheels that run on the track.

The boffins at Aerospace are working to bring windowless planes to the skies by replacing conventional windows with responsive screens that would show passengers whatever they want - the clouds outside or interactive websites. The high-tech screens would mean planes are lighter, saving airlines money in fuel.

This is a strange one... a cockpit without windows? In a patent submitted by Airbus, pilots would fly aircrafts using 3D view screens instead of traditional windows. Laser-formed holograms and feeds from on-board cameras would also feature. According to the manufacturer, pilots would benefit from a wider field of vision and the windowless cockpits would allow aircraft designers to put pilots anywhere on the plane.

Sleeping stretched out in a plane seat won't always be reserved for business and first class travellers if Airbus' 2015 patent for economy sleeping pods is anything to go by. Long-haul travellers may eventually get their own 'sleeping boxes' which would be stacked at the back of the aircraft. The pods would have personal televisions, reclining pillows, a reading light and video cameras for cabin crew to monitor passengers throughout the flight.