The world's most expensive dishes 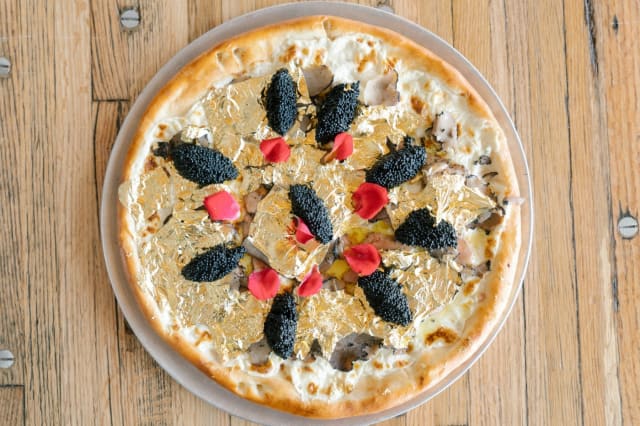 Most of us are partial to splashing out on a slap-up meal now and again but how much are you really willing to pay for your favourite dish? A couple of hundred pounds? A thousand or two? Well we've searched the globe for some of the most outrageously expensive dishes - and these will truly make your eyes water!

Covered in edible gold (no less that 24-karat), adorned with Russian Beluga caviar and containing the most sought-after meat in the world, these pricey dishes cost as much as a luxury holiday in the Caribbean. 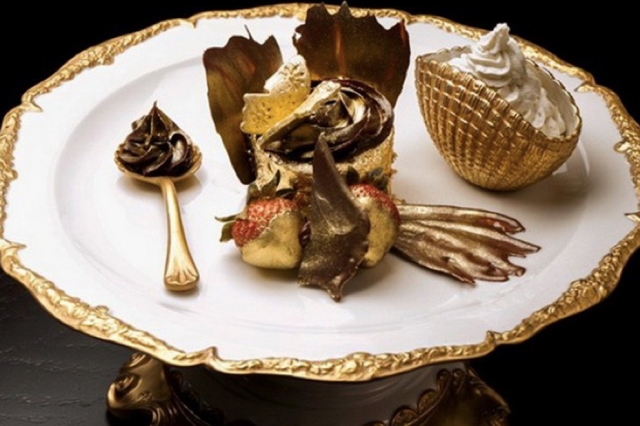 In fact, some are so costly that they'd require remortgaging your home - £19,600 taco, anyone?

Others are decadent treats that foodies will want on their bucket list - fancy a slice of a £1,570 pizza? From a luxurious sundae made with the world's most expensive chocolate and featuring a side of dessert caviar, to the most indulgent hot dog you'll ever feast your eyes on, these are the most lavish meals on the planet.

Maybe you're just curious as to how a £1,785 burger is made, or think the Zillion Dollar Lobster Frittata is worth saving up for (it costs a lot less than its name suggests at a mere £785). Either way, you'll want to know exactly where you can find these extravagant foods fit for millionaires...

The world’s most expensive taco will set you back a whopping $25,000. It contains Kobe beef, Almas Beluga caviar, langoustines and black truffle brie cheese served on a gold leaf-infused taco. Available at Grand Velas Los Cabos' restaurant Frida, the taco's exotic salsa is made from dried Morita chilli peppers, the finest tequila and civet coffee. For an additional $150,000, you can enjoy the taco with a bottle of Ley .925 Pasion Azteca Ultra Premium Anejo, the most expensive tequila available.

Fancy a slice of the world's most expensive pizza? New York's Industry Kitchen offers pizza lovers The 24K Pizza, which costs $2,000 and comes with flakes of 24-karat gold, stilton cheese, Ossetra caviar, truffles and foie gras. Cut into eight slices, it works out as $250 per slice and is "extremely rich," according to chef Braulio Bunay.
Sprinkled with 24-karat gold flakes, the Palace Cappuccino is the epitome of indulgence at Abu Dhabi's Emirates Palace. The caffeine treat uses a superior blend of aromatic coffee and is served on a polished silver tray with a special date and dark chocolate. The Palace Cappuccino is served in Le Cafe and priced at Dh60.

Tokyo Dog's Juuni Ban hot dog was released in 2014 as the most expensive hot dog in the world. Priced at $169 (£132), the fast food favourite from the food truck in Seattle is made with a smoked cheese bratwurst, Teriyaki grilled onions, Wagyu beef, Maitake mushrooms, foie gras, shaved black truffles, caviar and Japanese mayonnaise, all served in a brioche bun. The luxury hot dog requires two weeks' notice for orders.

Omelettes are one of the cheapest dishes you can eat, right? Well at restaurant Norma's in New York's Le Parker Meridien, egg lovers can shell out for the world's most expensive omelette, the Zillion Dollar Lobster Frittata, which costs a whopping $1,000 - that's £785! The costly breakfast dish contains lobster and 280g of Severga caviar, which is the highest category of the delicacy from the Caspian Sea. There's a $100 (£78) sample available for those who fancy tasting the lavish dish without spending all their holiday cash.
At New York restaurant Serendipity 3, diners with a sweet tooth can enjoy the world's costliest sundae at $1,000. The Golden Opulence Sundae, which sells around once a month, features three scoops of Tahitian vanilla bean ice cream infused with Madagascan vanilla and covered in 23-karat edible gold leaf. The chocolate syrup contains Amedei Porcelana, one of the world's most expensive chocolates. There are also chunks of rare Chuao chocolate, exotic candied fruits from Paris, gold-covered almonds and chocolate truffles. The sundae is accompanied by a bowl of exclusive dessert caviar, Grand Passion Caviar. Diners also get to keep the $300 Baccarat Harcourt crystal goblet.
For a taste of the world's priciest pancake, fans of the brunch favourite can head to Opus One at Radisson Blu Edwardian in Manchester and enjoy this indulgent dish from head chef Matthew Downes. Layered with Scottish Native Paradise Lobster, Russian Beluga caviar, Hulle Verge Truffle and topped with a Dom Perignon Rose hollandaise sauce, the posh pancake also used the traditional ingredients of butter, sugar and milk. You won't find it on the restaurant menu but orders are taken for diners who are prepared to fork out for the luxury dish.
Cupcake lovers can tuck into a gold-infused treat at Bloomsbury's in Dubai. Priced at Dh3,700 (£790), The Golden Phoenix is made with Amedei Porcelena cocoa from Italy, 23-karat edible gold, Ugandan vanilla beans and organic flour and butter from the UK. The cupcake must be ordered 48 hours in advance. Watch how the world's most expensive cupcake is made
Up Next