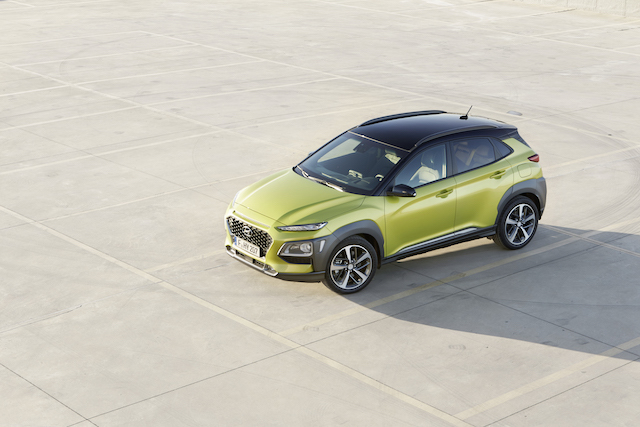 The Hyundai Kona is the latest offering into the ever-growing crossover market. We tak an in-depth look and see how it stacks up against its rivals.

What is it?
The Kona is Hyundai's latest offering to the compact SUV market and, though it's a bit late to the party, it does have stand out looks and tonnes of practicality.

Designed to take on the likes of the Toyota C-HR and Honda HR-V, the Kona comes with a choice of two petrol engines – a diesel variant could be added to the range later along with four-wheel drive, although whether these will make it to the UK market is yet to be confirmed. Its very funky looks and affordability mean it will appeal to those wanting to stand out from the crowd.

What's under the bonnet?
From launch, there are just two engine choices. The first - a turbocharged 1.0-litre petrol - produces 118bhp and 175Nm of torque, while the second - a larger 1.6-litre turbocharged four-cylinder - pushes out 175bhp and 255Nm of torque. The smaller engine sends power through a six-speed manual gearbox, while the latter gets a six-speed dual-clutch automatic.

What's the spec like?
No official prices for the Kona have been released yet, but to be competitive it'll likely cost around £18,000. Sadly, as great as the exterior is, the interior lacks the same funky appeal and that's just a little bit disappointing.

However, the actual build quality is very good with everything feeling solidly screwed together. There are a few hard plastics used here and there in the lower parts of the cabin, but it is generally quite pleasant inside. The main focus is a large eight-inch infotainment screen, which seems to float in the centre of the cabin.

Any rivals?
The Kona has several rivals, including the Nissan Juke and Kia Soul. Both of these cars are similarly priced but lack the head-turning styling or charisma that the Hyundai has in spades. The interior of the Hyundai may be a tad bland in comparison to its exterior, but it feels generally better than the somewhat outdated cabin of the Nissan.

What's it like to drive?
Our test car was still set to Korean specification while testing at Hyundai's research facility in Namyang. This meant that its suspension was set-up to be softer than it will be on UK cars. Despite being softer it still felt quite firm and would certainly struggle to cope with British roads.

The steering though has a good degree of weight to it – although a lack of feel is fairly disconcerting – and there is hardly any body roll through nippy bends. The six-speed dual-clutch automatic fitted to our test car was fantastic and shifted smoothly through the gears, working well with the punchy engine

At motorway speeds there is noticeable road noise, while the large wing mirrors result in a lot of wind noise. The engine itself is very quiet though and settles down nicely at higher speed.

AOL Cars Verdict
As mentioned earlier, we had a relatively brief stint behind the wheel of the Kona, but first impressions show it to be a well-rounded attempt by Hyundai and one we can see selling in droves. It's a refreshing take on the compact SUV segment and one we'd recommend viewing in the metal.