Strange things you didn't know about your flight 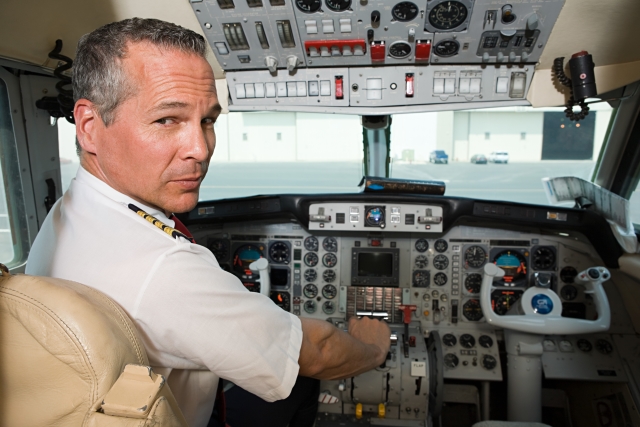 Thousands of us board the huge metal cylinders that transport us across the world while we're sat close to hundreds of strangers, and if you thought flying itself was a weird enough concept, you won't believe half the things that go on during your flight.

SEE ALSO: Flying facts: How many of these do you think are true?

We've picked some of the strangest things that you probably didn't know about flying, including why they really dim the lights during take-off and landing, and where you'll find the dirtiest spot on a plane (clue: it's not even the toilet).

Some of these will shock you while the other facts will answer the things you've always wondered, such as what happens if a plane is struck by lightning, why there is an ashtray in the plane toilet and why some airlines skip certain seat row numbers.

Take a look at these bizarre air travel facts and discover the most unusual things that go on during your flight.

Strange things you didn't know about your flight
Once the doors are closed the captain has the authority to restrain a passenger. This happens if a passenger is a threat to flight safety. There are handcuffs on board for this purpose and as the captain has to concentrate on flying the aircraft, he can give orders to handcuff a troublemaker and then hand them over to security upon landing.
Don't panic. Planes are built to take it. If lightning strikes while you're on-board, the worst that will usually happen is just a bright flash and a loud boom. Experts estimate that each U.S. commercial fleet is struck by lightning at least once annually.

Plane windows are oval in shape because dangerous levels of stress would build up on the corners of square windows. A round window drastically reduces the chances of pressure building up and the likelihood of breaking. The narrowest part of the oval is designed to ensure the curve doesn't generate unsafe stresses in the surrounding material.

It's often the most unexpected areas that carry the most germs and after reading this, you'll want to carry anti-bacterial gel when you travel. The tray tables have been revealed as one of the germiest places on a plane, with the handy fold-away trays used as nappy changing spots and allow e. coli to survive the second longest on a plane - 72 hours. But a study from Aubun University found that the armrest is the number one breeding ground for e. coli to live on for up to 96 hours. Meanwhile, a Skyscanner study found that seatbelt buckles, overhead air vents and toilet flush buttons are also the dirtiest parts of a plane.
Turbulence is something pilots plan for but an updraft is a completely different story. It is difficult to detect an updraft on night radar. Hitting these violent winds at high speed can throw a plane up and down hard, and even spin a plane out of control.
If the oxygen masks drop down, you have around 15 minutes of air from the point of pulling them down. However, this is more than enough time for the pilot to take you to a lower altitude where you can breathe normally. Generally, getting to an altitude where passengers can breathe normally takes between 10 and 20 minutes, depending on the plane's altitude when it depressurised.

As Reddit user threeway explains: "You are able to unlock airplane lavatories from the outside. There is usually a lock mechanism concealed behind the no smoking badge on the door. Just lift the flap up and slide the bolt to unlock." This is used by flight attendants only if a child gets trapped or a passenger falls unconscious so don't be tempted to use this feature if you’re stuck waiting in line.

Ever wondered why it goes dark when you're taking off or landing during a night flight? These are the most critical times of a flight and dimming the lights allows passengers' eyes to adjust more quickly during an emergency evacuation. This means that if there was a sudden crisis, it would be easier to see the emergency lights lining the aisle and exits. Natural light can also assist with orientation during an emergency. Dimming the lights and raising the shades are almost never necessary but in case of a disaster, they can be life-saving precautions.
Carrying extra fuel can lead to an unnecessary waste of it. Most major airlines play it safe and schedule their flights without full tanks. But it's far from a death sentence as planes can land at an alternative airport.
We all know it's prohibited to smoke on a flight but why are there ashtrays in the toilet? This is in case someone does light up while in the lav and has somewhere safe to stub out their cigarette rather than tossing the burning butt in the bin where it could catch fire.
In order to calm superstitious passengers, a number of airlines don’t have a row 13 or 17 in the seating layout. Emirates used to have a row 13, but removed it on their A380 aircraft and British Airways is less superstitious, featuring a row 13 on its A320.
Up Next