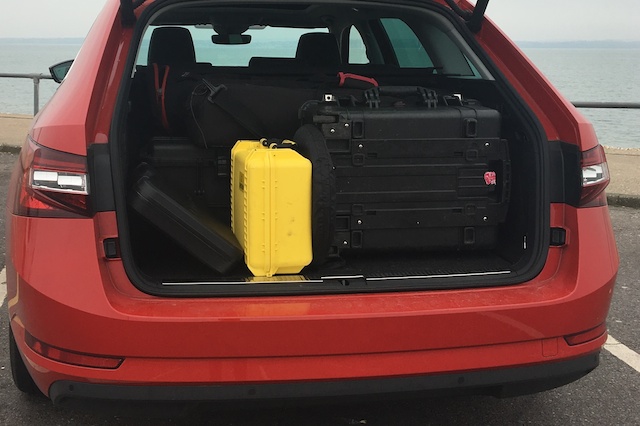 Of all the cars on our long-term fleet, the Skoda Superb is a firm favourite – which has, at times, made nabbing the keys a particularly difficult exercise. There is, however, a very good reason for its popularity – its outstanding load-lugging ability.

With a cavernous 660-litre boot, anything and everything is swallowed up with minimal fuss. Be it bikes, shopping or camera equipment, the Superb doesn't break a sweat.

Don't be fooled into thinking the Superb is something of a one trick pony, however. In addition to its voluminous boot, it is also a supremely comfortable car to spend time in. The flagship Laurin & Klement specification of our long-termer adds numerous luxuries for making lengthy journeys that much more comfortable.

These include plush leather seats, a massive panoramic sunroof that leaves the cabin feeling permanently airy, satellite navigation and heated front and rear seats. However, while opting for the Laurin & Klement model does mean you're treated to all the trimmings, it does bump the price of the Superb Estate up to £32,770 – which is getting perilously close to Audi A6 Avant territory.

So while the Superb isn't exactly a 'cheap' car, once you've become acquainted with the extra luxuries that the L & K treatment adds, you would find it hard to live without them.

Another characteristic that has been keeping the Skoda in high demand around the office is the fact that it doesn't burn through fuel as if it's going out of fashion. While Skoda claims that the Superb's 2.0-litre 148bhp diesel engine will achieve a combined fuel economy figure of 64.2mpg when paired with the DSG automatic transmission we have on our long-termer, in reality we've found it manages between 50 and 52mpg on a fairly consistent basis. Sure, this might not be close to the numbers Skoda throws around, but in the real world it's still a commendable achievement.

So, it's probably becoming fairly apparent that the Skoda has a lot of things going for it. It's comfortable, affordable (if you buy it in one of the lower specs), economical and massively practical. However, that doesn't mean that it's entirely without fault.

Throttle response isn't exactly what you'd call immediate. A light foot on the throttle will cause the Skoda to slowly creep away as the engine gradually builds revs, while pressing down hard can result in a sudden wave of acceleration – the middle ground can be tricky to find at first. There is a Sport mode available, which does sharpen up throttle response somewhat, but this isn't really the best solution when you just want to pop down to the shops.

At the end of the day, however, that's just a minor niggle and the overall experience of driving the Superb is generally a very good one. It'll no doubt be a sad day when it eventually leaves our long-term fleet.