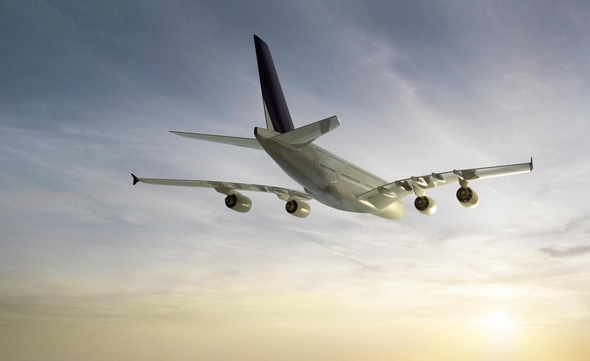 Scared of flying? These unsettling plane facts won't help. Some of the most frightening secrets kept by pilots include how often planes are struck by lightning, the worst time of day for turbulence, plus the one thing pilots fear more than turbulence...

1. Lots of planes get struck by lightning. Don't panic. Planes are built to take it. If lightning strikes while you're on-board, the worst that will usually happen is just a bright flash and a loud boom. Experts estimate that each U.S. commercial fleet is struck by lightning at least once annually.

2. Afternoon flights are the worst for turbulence. Afternoons have an increased likelihood of both bumpy air and thunderstorms, but the air in the late night and early morning becomes more level as the night cools off.

3. There's something pilots fear more than turbulence. Turbulence is something pilots plan for but an updraft is a completely different story. It is difficult to detect an updraft on night radar. Hitting these violent winds at high speed can throw a plane up and down hard, and even spin a plane out of control.

4. Planes don't fly with a full tank. Carrying extra fuel can lead to an unnecessary waste of it. Most major airlines play it safe and schedule their flights without full tanks. But it's far from a death sentence as planes can land at an alternative airport.

5. There's no such thing as a water landing. The phrase 'water landing' is nothing than a euphemism for crashing into the ocean. It can often be a controlled descent as opposed to a deadly crash, but there are generally no cases where a plane has landed in or on the water if not for an emergency situation.

One flight attendant who worked extensively in Africa at a time that a viral haemorrhagic disease was spotted in one of the inner countries recalled an incident when a passenger began to "implode," vomiting blood and "so much of it that the bag couldn't contain it." Writing on Reddit, he said: "We clear his row and lay him down. He looks really bad - bruising all over his face and body, flushed face, insane fever. There was a doctor on board and he didn't know what to do. He thought it might be a severe case of malaria, but it didn't quite match up. The other passengers are obviously freaking out and I'm trying to keep my cool." The steward continued that the flight landed and the passenger was taken off the plane on a stretcher but the "truly frightening part was that since 'haemorrhagic fever' had not entered the medical lexicon at that point, all the passengers got off the plane and dispersed. There was no quarantine. It is sheer, blind, stupid luck that a global pandemic did not start from this incident."

One flight attendant told a terrifying tale involving severe turbulence. "At one point there was a rapid series of dings and then it felt like we were sideways and dropped 1,000 feet. People were screaming and crying and honestly that is the only moment of my career when I thought, 'this is how I die'. We eventually land safely and everyone is shaken, including the pilots. Turns out we were getting bounced around so much it had kicked the autopilot off and it wouldn't re-engage."
"Grossest story I have is someone smeared s**t all over one of the bathrooms during a 14-hour flight to China," a former flight attendant wrote on Reddit. "It smelled putrid. We put up an 'out of order' sign, but then a couple hours later someone had gone in and cleaned it up! We figured it was a kid and one of the parents had snuck in after."
An airline pilot once confessed to Callback that when he left his seat to use the toilet, he returned to find the first officer passing him. He said: "We passed each other as he let me in and exited to use the facility himself. I knew instantly that nobody was 'flying' the plane - of course, the autopilot was on and we were in level flight - and I quickly jumped into my seat."
One of the most horrifying stories comes from the partner of a flight attendant who worked for a major German airline and experienced an elderly woman passing away during the flight. "Since there was no 'real' doctor with them, it is mandatory for the attendants to continue with cardiac massage until the end of the flight and she is officially declared dead. So roughly five hours to go." On this occasion, the cabin crew decided there was no point in continuing and stopped after 45 minutes, he explained. They decided it would be disrespectful to take the body to the toilet, as per the airline's policy, so instead they carried it through the plane to the cabin crew rest area. "One of the worst experiences in her life. Dead people are really heavy... none of the other passengers dared to help..."
Another Reddit user wrote about a nasty bird strike upon takeoff. They said: "Plane was covered in guts and feathers when it came down. Could smell the burning feathers." They added that the engines were shut down as a precaution.
In a Quora thread asking flight attendants the weirdest things they'd seen in their line of duty, one British Airways employee said: "We weren't an hour into a flight that the young junior (flight attendant) rushed into the back galley in tears. She was sobbing. After calming her she finally blurted out that the man in 36K had lifted his robe, exposing himself to her... I, along with two female crew members calmed the girl. I recall one of the more senior crew members 'welcomed' the junior into her initiation and assured her that she'd be seeing much worse in the years to come."
In a Quora thread picked up by MailOnline, flight attendant Alicia Fort revealed that she once assisted a mum who was stuck in a horrifying situation with her two children. "While we were serving lunch, the first kid had a brutal nose bleed and the second kid decided that was the time to release her explosive diarrhoea in her pants, up her back, all over the seat," she said. "Mum wasn't sure which kid to deal with first so she took her hand full of diarrhoea contents and scooped it on the floor while I took the nose bleeder who promptly looked me in the face and sneezed blood in my mouth. The flight was quarantined briefly when we landed back in the US."

A flight attendant told Callback that on one flight staff were rushing passengers onto the aircraft without checking boarding passes to make the departure time when a stowaway made their way on board and hid in the toilet. They said: "The man had just been released from a rehabilitation centre for drugs. He was kept at the back of the plane as the plane continued to its destination." They added that "his eyes were dilated and he was nervous". Staff watched him during the flight and kept him occupied before he was removed when the plane landed.

Speaking of one of the strangest experiences on a flight, one air hostess told Business Insider: "I haven't seen this, but I did have flight attendants tell me about blood dripping from the overhead because someone was bringing in a goat's head from a Caribbean island. That was before TSA and all their security procedures were put in place, of course."
Up Next