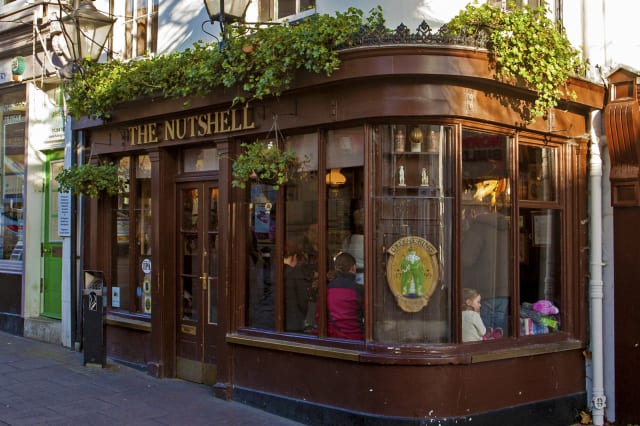 Britain is no stranger to the weird and wonderful - from its bizarre traditions to the quirky attractions - but how much do you really know about the UK and its counties?

For instance, did you know there is just one county where you won't find a McDonald's restaurant? And did you ever wonder what inspired author Ian Fleming to give James Bond the code 007? Or where you could find the smallest pub in the UK?

With the help of Sykes Cottages, we explored some of Britain's oddities and amazing facts you probably didn't know.

If you've ever asked yourself which region has produced the most Premier League stars, or where the first fish 'n' chip shop opened, you'll want to scroll through our slideshow to find the answers to these intriguing questions while discovering more fascinating facts about our beautiful land.

Take a look at the unusual things you didn't know about Britain...

Ten things you didn't know about Britain
There are 1,200 McDonald's restaurants in the UK, but you won't find one of these in Rutland. Those who fancy a Big Mac will need to cross the county border into Lincolnshire, Leicestershire or Northamptonshire.
Drinkers in search of an intimate pub in Britain should head to The Nutshell in Bury St Edmunds, the smallest pub in the UK with surprisingly a lot to offer. From a mummified cat and currency notes on the ceiling to historical photos, military items and an aeroplane propeller on the walls, there is much to view and talk about while you enjoy a drink.
Around three million people live on the coast and the place furthest from the sea is Coton in the Elms, Derbyshire.
The area has more cabs per head of population than any other county in Britain.
Although native to America, mink were brought to the UK for fur farming back in the 1920s. They feed on anything they can catch, including native water voles, and hunt on the riverbanks. They are more likely to be seen than shy, secretive otters.
Players include former England forwards Chris Waddle (Tyne and Wear) and Peter Beardsley (Tyne and Wear), who are two of the most recognised names from the North East, while of the current crop of stars Michael Carrick (Tyne and Wear) and Lee Cattermole (County Durham) are flying the North East flag on the big stage.

The first fish 'n' chip shop was opened in 1860 in Bow, London by an Ashkenazi Jewish immigrant named Joseph Malin. Before this, fried fish and chipped potatoes were sold separately.

The 1.5-mile journey from Westray to Papa Westray in Scotland's Orkney Islands is the shortest scheduled flight in the world. The trip takes less than two minutes.

Author Ian Fleming, who created the character James Bond in 1952 having recently purchased White Cliffs Cottage in Kent’s St Margaret's Bay, was inspired by the number 007 bus from Canterbury to London. The bus route was taken over by National Express in 1973 and the 007 service from Deal and London Victoria still exists.

There are reputed to be more than 500 ghosts in York, according to the International Ghost Research Foundation, making it the most haunted city in Britain and one of the most haunted in the world.
Up Next

Johnson faces revolt by scores of backbenchers over Cummings

In Pictures: Basking on the beach in bank holiday sunshine