Social media is leaving you vulnerable to scammers 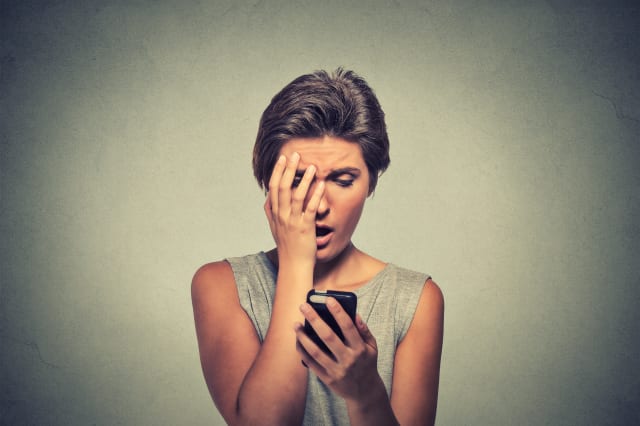 Social media is our weakest link when it comes to security. We may take safety measures against scammers and criminals in the real world, but a new study has revealed that we're leaving ourselves wide open to hackers and fraudsters as soon as we go online.

Electronic commerce retailer, Ebuyer.com found that we fail to take even the simplest of precautions. Most of us (52%), for example, don't even read the terms and conditions when we sign up to a new social media app, so we have no idea how many of our private details and communications are being shared with others. In fact, 44% of people admitted they didn't realise social media platforms have the right to distribute and share the things they post, potentially for advertising purposes.

Even more alarmingly, 89% of people admit they let up to four other people know their social media account passwords - and one in ten let up to ten people know. As soon as your password is shared, nothing you do on social media can be considered private any more.

What makes matters worse is that we're willing to share all sorts of alarming things with anyone who happens to take a look. Over a third of Brits admitted they have their name, age, where they work, live, pictures, friends and their relationship status freely accessible on social media.

It seems baffling that we're prepared to do the equivalent of stopping strangers in the street and showing them picture of our home and workplace, and details of when we are on holiday.

Ebuyer.com spoke to Dr. Hatana El-Jerd, a lecturer in Digital and Social Media at Leeds Trinity University, who said social media over-sharing was the result of a combination of things - from culture and environment, to personality.

She added that part of the problem is the way that everyone we link to on social media may be classed in the same way by the platform (unless we create specific groups). She says: "In the real world, people might disclose intimate information to someone they perceive as a close friend, while keeping to general formalities with a colleague from work, essentially categorising friends on perceived intimacy. However, with social media platforms such as Facebook – anyone we add is categorised as a 'friend' and sees all of the personal and intimate information posted. Perceiving this social media space with 'friends' as 'safe' is what ultimately impacts how much information people are willing to disclose."

She also adds that sometimes we find it easier to type information into a status bar than having a conversation face-to-face, so we may be more open as a result.

Why this is so worrying?

Shockingly, 11% of all people did not think strangers could find out any information at all, including their name, about them on social media. Dr El-Jerd, said: "Many users are oblivious to how many people can access information they post. When a user's network is not private, people they do not know are able to see what they are doing, for example, what public posts they've liked, events they have attended and places they have checked into."

If we have not used privacy settings, then we need to be aware that strangers can find out where we live and discover when we are away from home. They can also access all sorts of personal information from the names of pets to our birthday, and even the suppliers we use from our bank to utilities.

eBuyer has produced a handy guide to what different social media sites can reveal about us, and it's worth getting to grips with the risks.

It's also essential to keep our status private. Even then, we need to read the terms and conditions of any social media app we use, so we know what information we are sharing, and who with.

Finally, it's worth thinking carefully about our 'friends'. People we know well in real life may well be safe to share details of our lives with, but what about ex-colleagues, people we met at a party, or people we've never met who happen to be friends with other people we know on social media?

If in doubt, it pays to err on the side of caution. Consider whether you would share these things with these people in real life, and if not, then don't do so online.