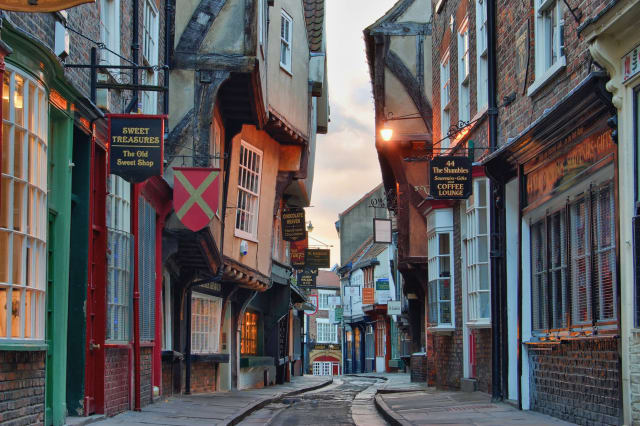 SEE ALSO: Do you live in one of the nicest areas of the UK?

The street, which played host to a thriving meat market from the 14th to the 19th century, is characterised by overhanging timber-framed buildings that line the road, some of which date back over 700 years.

In the poll of 1,000 UK residents by National Express, the Royal Mile in Edinburgh was named the second most attractive street, followed by the sweeping Georgian architecture of the Circus in Bath which took the third spot.

The survey was conducted to uncover the nation's most charming streets in a bid to encourage people to take in somewhere new over Easter weekend.

Colourful shopfronts and cobbled streets earned Steep Hill in Lincoln, a place in the list, along with the Marketplace in Devizes and Eastgate Street in Chester.

10 PHOTOS
Best views in Britain 2017, according to Samsung
See Gallery

Best views in Britain 2017, according to Samsung
Up Next