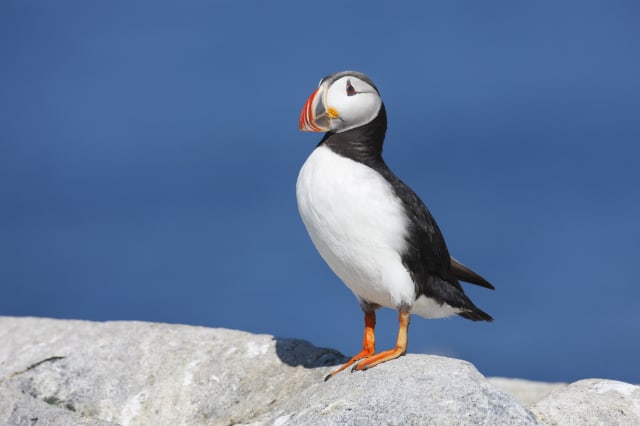 More than a quarter of the UK's birds are struggling to survive, with species including curlews and puffins joining the at-risk list in recent years, a report highlights.

Europe's largest and most distinctive wading bird, the curlew is among those that have been added to the "red list" of threatened UK birds in its most recent update, with numbers falling 64% from 1970 to 2014.

See also: Can you spot the birds hiding in this photograph?

The UK is home to a quarter of the global breeding population of curlews, but numbers have almost halved in this country in recent decades due to habitat loss, the State of the UK's Birds 2016 report said.

And its once-resilient population is now being hit by predators.

With the species considered to be "near-threatened" globally, an international single species action plan has been created, with research in its uplands breeding grounds to find practical measures to help the bird.

Puffins, nightingales, pied flycatchers and merlins are among other the species that have joined the list of those most in need of conservation action in recent years, bringing the total on the red list to 67. 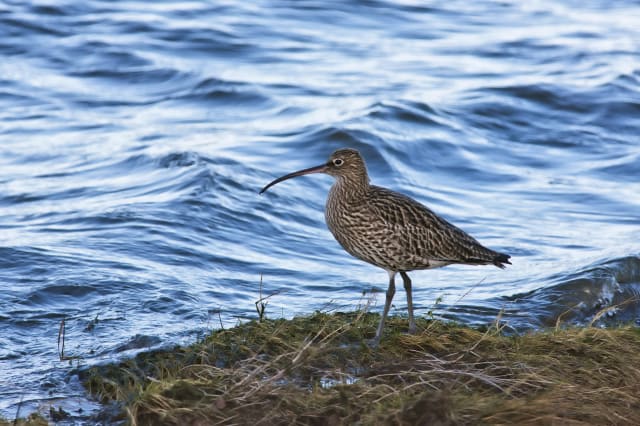 The listing of Atlantic puffins as being in need of conservation action comes after they were classed as vulnerable to extinction globally, in the face of worryingly high breeding failures at key colonies in recent years.

But the State of the UK's Birds report also points to good news for some species, with recent surveys showing an increase of 15% in golden eagle numbers in Britain and a boost to rare cirl buntings, which now have more than 1,000 breeding pairs.

Golden eagles, which are only found in Scotland, are thought to be benefiting from more monitoring and tagging of eagles, as well as the introduction of new legislation, which serve as deterrents against illegal persecution.

And cirl buntings, a sparrow-sized bird found in South West England, has seen a remarkable turnaround in its fortunes following a 25-year project by the RSPB and local farmers to manage land in a way that supports the species.

The report comes from the RSPB, British Trust for Ornithology (BTO) and Wildfowl and Wetlands Trust (WWT), together with government conservation agencies across the UK.

Geoff Hilton, head of conservation science at WWT, said: "The call of the curlew is one of the really magical elements of British nature, celebrated in poetry and song.

"Now we know that we are losing them; fewer and fewer people are getting to experience their song. But the curlew has one big thing in its favour: it is loved by many, many people.

"I've seen the enthusiasm and determination to turn their fortunes around, from farmers, conservationists and the public, and this convinces me that we can do so."