Spain is the 'best holiday destination in the world' 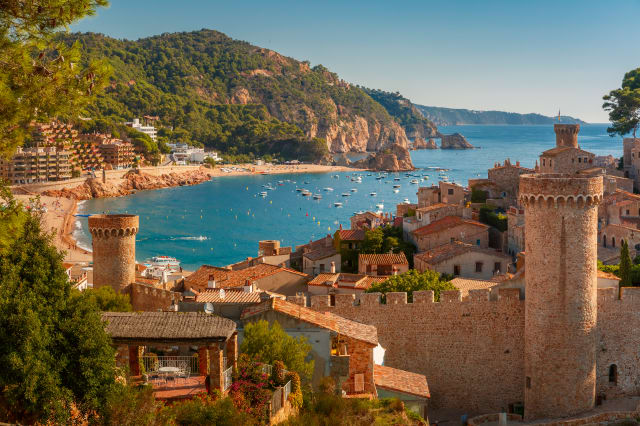 Spain has been named the safest, cleanest and cheapest place in the world for tourists in the World Economic Forum's annual Travel and Tourism Competitiveness Report.

The Mediterranean country's success was attributed to its unique offering of both cultural (such as museums and tourist attractions) and natural resources, combined with sound tourism service infrastructure, air transport connectivity and strong policy support.

SEE ALSO: This is the world's best destination for a holiday...

According to the report, Spain has benefited from diverted tourism from the security-troubled Middle East and provides an excellent environment for the travel and tourism sector to flourish.

A World Economic Forum spokesperson said: "Despite increased fear of terrorism, tourism performance of countries such as France and Germany have not declined significantly, confirming a strong resilience of the tourism sector to security shocks in the presence of strong institutions and sound fundamentals."

The best beaches in Spain (according to Tripadvisor)

Endless sea, fine sand, spectacular views and Ibiza on the horizon. No wonder this beach takes pride of place in Tripadvisor's best beaches in Spain. What visitors say: “You have the sea on both sides, which makes it unique. The views are amazing. The water is crystal clear.”

This beach in Galicia, on the Cantabric coast has been declared a national monument. With its sea caves and natural arches, it's wonderful for exploring at low tide. What visitors say: “The beach itself is gorgeous, but just the view of the sea from the top of the rocks makes one dizzy.”

La Concha, which  means 'shell' in Spanish - this beach is shell-shaped - is one of the most famous urban beaches in Europe and one of the loveliest in the Basque Country. What visitors say: "Beautiful scenery and very clean beach. Well worth a visit. If you want a place to recharge your batteries this is it."

This beautiful sandy bay near Cadiz is singled out for its unspoilt beauty. Sun worshippers in this area usually head for the joys of Tarifa, so the beach here remains largely unspoilt (although it's a favourite with Spanish families.) What visitors say: “This is a fantastic empty beach, at least in May.”

The sandy windswept beach on the Peninsula de Jandia is spectacular and gloriously empty even in peak season. The relentless surf pounds the beach all day so it's not for swimmers - but its beauty is undeniable. What reviewers say: "Amazing... I will never forget it." "It's like being in another world."

Being so close to the Strait of Gibraltar, this is precious environment is ideal for bird watching during migration periods, as well as whale watching. "There is nothing bad about this place. Clean sea, excellent food and calm ambiance. Ideal for a romantic walk at dusk," says one reviewer.

With some of the cleanest, clearest water and the softest golden sand in Ibiza. Situated on the west coast of the island, this is also one of the most popular beaches in the area. What visitors say: “Lovely bay, busy though even in October.”

The "jewel in the crown" of Gran Canaria, Playa de las Canteras is a long strip of sand protected by a natural reef that stretches for miles along the bay. Locals say it's one of the Spain's best urban beaches: people flock to this fantastic beach because of its ideal conditions for eater sports, too (the waves at one end are perfect for surfing). Reviewers rave about its  cleanliness and "amazing atmosphere"."The best beach in the world," says one.
This beautiful wide, soft stretch on the Atlantic coast boasts miles of fine clean golden sand it's so huge that doesn't feel crowded, even in the height of summer. Plenty of bars and immaculate rest rooms are singled out here too. "This really is a terrific place to spend your day," says one reviewer.

The breathtakingly beautiful wild beaches on the north west coast of the island boast lovely little coves give a deserted feel that is perfect for anyone wishing to get away from it all. There are lots of secluded spots (and plenty of naturism) and plenty of amazing snorkelling in the lagoons. What the reviewers say: "Seemingly endless, beautiful beaches. A perfect mix of volcanic bizarre looking rocks and Sahara sand."