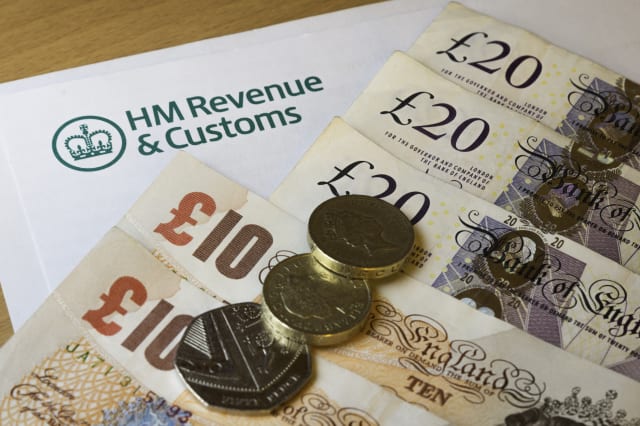 As the end of the tax year approaches, tax refund scam season has hit. If you have had an email claiming you are due a tax refund, how can you tell if it's the real thing?

See also: Scamwatch: the fraudulent text messages that could cost you thousands of pounds

The tax refund scam usually comes in the form of an email, telling you that you're due a tax refund. The fraudsters will ask you to 'confirm' your details, 'set up a new account', or enter your bank account details or debit card number for an 'automatic refund'.

In some cases you are simply asked to send the details on a return email. In other cases the scammers will set up convincing fake websites - which are designed to look like official sites. Last month HMRC warned of a scam directing people to a site that looked like the Government Gateway service - but was actually a convincing fake.

However you disclose your details, the scammers will use them to steal from you - withdrawing money from accounts and running up debts.

How can you spot a fake?

Some of these scams are easier to spot than others. A chunk of them come from the US - where it is tax filing season. The scammers get in touch and tell people they are due a refund - or owe back taxes. They will claim to come from the Internal Revenue Service or another federal authority - which are clear red flags that you have been targeted by scammers.

Some have been set up by overseas scammers with little regard for spelling and grammar, so a decent check of the email will throw up anomalies that ring alarm bells.

Other approaches are more sophisticated. One new variation on the scam is convincingly branded to look like it has come from HMRC. On an initial glance it appears to come from tax-refund@HMRC.GOV.UK - although if you look closer, it's only impersonating this address, and comes from something decidedly less traceable.

It can be more difficult to tell from the outset that these are scam emails, but the very fact you've been sent an email at all is the only clue you need.

HMRC will never send you an email telling you about a refund that's due. They wouldn't email to ask for any contact details or account details either. If they contact you in any other way, then you can do a separate search on the HMRC website, find the relevant contact number, and call to check your records independently.

To help HMRC keep on top of the scams, if you have already opened the email, then it's worth forwarding it to phishing@hmrc.gsi.gov.uk to report it. However, ideally it's best not to even open these things, just delete them, and if you want to call HMRC separately, you can.

To help you tell the scams from the genuine contact, HMRC has issued a list of the things it actually will contact you about. At the moment this includes the fact it may call Self Assessment Online users who have requested a repayment through their online self assessment, but whose bank account hasn't been verified. During this call they won't request any financial information.

They are also in the process of sending emails advising businesses about the change in the VAT Flat Rate Scheme. For a full list, check the HMRC website.

Great quotes about tax
"Rich bachelors should be heavily taxed. It is not fair that some
men should be happier than others."
"There is no art which one government sooner learns of another than that of draining money from the pockets of the people."
"If anything, taxes for the lower and middle class and maybe even the upper middle class should even probably be cut further. But I think that people at the high end - people like myself - should be paying a lot more in taxes. We have it better than we've ever had it."
"The Treasury has helpfully reminded me that I am not the first chancellor to announce the last spring budget. Twenty-four years ago, Norman Lamont also presented what was billed then as the last spring budget … The then prime minister described it as the right budget, at the right time, from the right chancellor. What they failed to remind me of, Mr Speaker, was that 10 weeks later, he was sacked"
"Tax day is the day that ordinary Americans send their money to Washington, DC, and wealthy Americans send their money to the Cayman Islands."
"In this world, nothing can be said to be certain except death
and taxes."
"The best measure of a man's honesty isn't his income tax return. It's the zero adjust on his bathroom scale."
"The hardest thing in the world to understand is income tax."
"For a nation to try to tax itself into prosperity is like a man
standing in a bucket and trying to lift himself up by the handle."
"A government which robs Peter to pay Paul can always depend on the support of Paul."
Up Next