Why inflation figures are quite so worrying 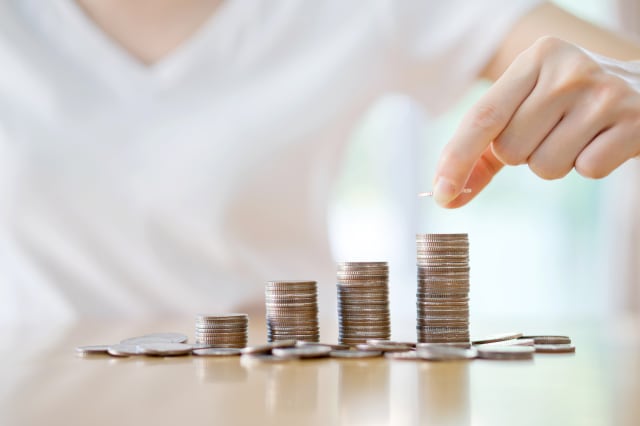 The inflation figures are in: there has been another big rise - to 2.3% - a level we haven't seen since September 2013. We were expecting an increase, but the size of this jump has surprised even the economists, and it brings bad news for the economy - and for you.

See also: Think you've cut the cost of shopping? Have you tried this?

The CPI measure of inflation jumped to 2.3% in February, from 1.8% in January. This pushes the rate above the Bank of England's 2% target. A notable change has been the rise in the price of food. Supermarkets (locked in a desperately fierce battle for market share) have been desperately trying to keep a lid on prices, and they have finally cracked under the pressure. It's the first rise in food prices for more than two and a half years.

A major part of the problem is the pound. Ever since the Brexit vote, the value of the pound against most of the major currencies has been falling. As a result, imported food costs more, and prices are rising.

The pound also affects the price of oil - because it is priced in dollars. This not only means we are paying more for fuel, it also means that anything that needs to be transported anywhere costs us more.

This is pretty worrying in itself, but that's not all. There are four reasons why this could spell disaster.

The first is that this is just the start: the Bank of England has announced its prediction for what will happen next for inflation. It expects it to peak at 2.8% next year - although some economists say it could rise above 3%. This means price rises will not only continue, but they are going to get faster, so we can expect the cost of living to go through the roof over the next 12 months. This inflation figure is therefore just a sign of more woe to come.

Inflation is not necessarily the end of the world as long as your income keeps rising, and savings accounts keep pace with inflation - but there's bad news on those fronts too.

Inflation is now slightly above wage rises. Michael Baxter, economics commentator for The Share Centre explains: "In the three months to January, average wages including bonuses rose by 2.2%, which means that unless they increased in February at a faster pace, growth in average wages minus inflation (real wages) fell in February and for the first time since the autumn of 2014."

This could mean that real pay is actually shrinking, and with every month that passes, our wages cover less and less of our outgoings. If we're lucky, this will remain a slow and painful squeeze on our living standards. However, there's a risk that the squeeze could get tighter and more painful.

Calum Bennie of Scottish Friendly says: "With prices expected to rise further this year as a result of the fall in sterling, things will only get tougher for consumers whose wages are not rising sufficiently to keep pace." Frances O'Grady, general secretary of the TUC, agrees: "Working people across the UK are now facing the double blow of rising prices and slower wage growth. If the government doesn't wake up, we risk sleepwalking into another living standards crisis."

For pensioners - especially those who don't have index-linked pensions - inflation is even more worrying. Kate Smith, Head of Pensions at Aegon explains that even low levels of inflation can take their toll. She adds: "The concern is that the UK is entering a period of higher sustained inflation, with predictions of annual cost of living increases closer to 3% in the coming years." It means that each year, pensioners will suffer a significant blow to their spending power.

Vince Smith-Hughes, retirement expert at Prudential, adds: "These rising inflation figures will dismay pensioners who are living on a fixed income or drawing down an income from their pension fund. Rising inflation hits retired people harder than others because they spend a disproportionate amount of their income on fuel, food and heating. Those drawing down an income will need to think carefully about how much they withdraw from their pensions. Increasing withdrawals to pay for higher food and fuel bills means they run a greater risk of exhausting their pension savings."

Smith adds: "It not only affects pensioners' retirement incomes, but peoples' savings too." In fact, according to Moneyfacts, the rise in inflation means that just one savings account currently on the market can beat or match inflation.

Bruce Davis, cofounder and Joint MD of Abundance said, "The inflation monster is back, just as the public have all but forgotten what that means for their hard earned savings, stashed away in accounts paying either nothing or a rate way below inflation. The research we commissioned reveals an astonishing 75% of people do not understand how damaging inflation is to their savings, with only 25% having an accurate idea."

Smith suggests: "People need to think seriously about how to use their savings to outrun the corrosive impact of inflation. At just 0.25%, interest rates are at an all-time low, and may not go much higher for some time. The new NS& I savings bond allows people to save up to £3,000 at an interest rate of 2.2%. This may compare favourably to cash ISA rates, where you'd currently be lucky to get more than 1.75% fixed interest for a three year term, but neither is likely to keep up with the cost of living increase. Stocks and shares have historically kept better pace with inflation, so are an option for those willing to take some risk and diversify their savings from cash."

Savers may have a small silver lining to look forward to, however. If inflation continues to rise and accelerate, it will put pressure on the Bank of England to raise interest rates, which should encourage banks to offer better returns on savings.

The trouble with rising interest rates is that it will damage our ability to borrow. That could kill off any last remaining vestiges of consumer confidence, stop spending, damage house prices, and bring the economy to its knees.

Commentators are hoping, therefore, that talk of rising interest rates is premature, and that inflation will slow of its own accord once the currency markets calm.

Ten ways to cut your costs
Shopping around for cheaper gas and electricity has become far simpler since the dawn of the comparison site. You just need a handful of your past bills and 20 minutes at the computer, and you can find a new provider that the comparison sites claim can save you more than £380 a year. Unfortunately there's no guaranteeing that this provider will stay the cheapest forever, so you'll need to revisit it every six months to make sure they are still competitive.
Researchers have found that 8.8 million people rolled over their car insurance last year, missing out on savings of up to £250. Nearly half of them didn't even bother to check whether their quote from their current provider had increased from the previous year. When it comes to car and home insurance, we should all take the time to check a comparison site when we renew. It won't take more than 30 minutes and can save you hundreds of pounds.
In many instances there are discounts for people who opt for paperless billing and paying by direct debit. Unless you have a very good reason for wanting to avoid this, it's a sacrifice-free way of saving around £70 a year on your utilities.
Talking of direct debits, it's worth looking through your bank statement at all your direct debits and checking whether you take advantage of all of them. Gym memberships, magazine subscriptions, and club memberships can set you back a small fortune, and if you're not using them, it's no sacrifice to cancel the service and then cancel the direct debit.
Normally we do anything we can in order to avoid cold calls from the companies that provide our energy, TV packages, broadband and phone, on the grounds that they're trying to sell us something. However, if you call them and tell them you think you're paying too much and you're considering switching, they will start to work in your favour. You may be able to switch to a different tariff, or cut back on services you're not taking full advantage of. Sometimes they will offer a significant discount just because you have asked for it. The only word of warning is not to be talked into buying more from the provider on the assurance that it's better value.
The market is changing all the time, so the credit card or loan that suited you best when you first got it may no longer be the most suitable or the cheapest now. It's worth revisiting every six months to check whether there are new cards and deals on the market that could help you pay less interest - which could in turn help you pay off your debts faster too.

You don't have stop buying the things you like, when you can hunt for vouchers and coupons which let you buy them for less. This isn't an excuse to buy things you wouldn't otherwise consider, but it's a nice way to shave £5 off the weekly shop without changing what you buy. Likewise when you're buying anything online, before you hit the checkout, do a quick search for the name of the shop and the word 'voucher'. There are a host of websites dedicated to sharing details of current vouchers, so you could find yourself saving 10% without trying.

Cashback comes in a variety of guises, from credit cards to cashback websites, and will repay you anything from 0.5% to 4% on everything you spend. Again this doesn't mean buying from another shop, or changing what you buy, it just means getting money off all your shopping.
With a bit of effort, technology can help you save a fortune. Making phone calls over the internet to someone else with an internet-based phone service is free. Making calls to landlines, mobiles and overseas can be reduced too. Likewise if your smartphone has the ability to make video calls over the internet, then the call is free to other people with the same service. Some come with this built-in, while others will let you install an app which provides the service. You don't have to be a tech demon to save significantly and still make all the calls you used to.
If you currently pay for a satellite TV service, then take the time to think abut how you use it. If you just get it for the films and a couple of channels and you are happy to watch through an on-demand service, then there are a number of streaming services providing a cost-effective alternative.
Up Next