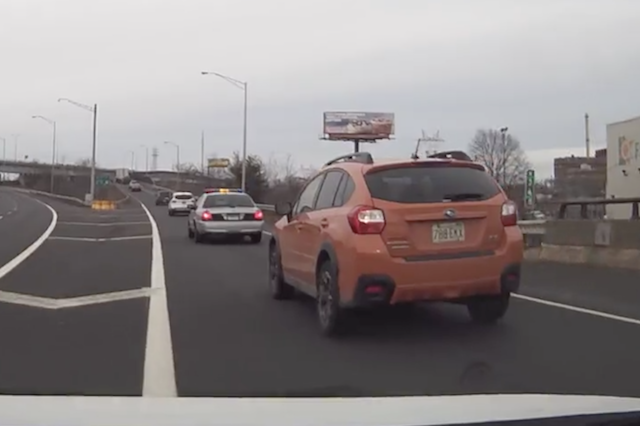 A driver in Connecticut received instant karma after cutting into queuing traffic and immediately being pulled over by the police.

The motorist cruised past a long line of traffic on the I-91 that was turning off towards Boston and East Hartford, missing multiple opportunities to merge before squeezing into the gap between a truck and an orange Subaru at the last minute.Unfortunately for the driver, the car just two vehicles ahead was a police cruiser, and the cop quickly jumped out to pull the motorist over for crossing the solid white line. It is not known what (if any) penalty the driver received for their transgression, but it's likely that some of those that had been patiently queuing smiled to themselves as the police car dragged the miscreant on to the hard shoulder for a talking to.
Tags
Read Full Story