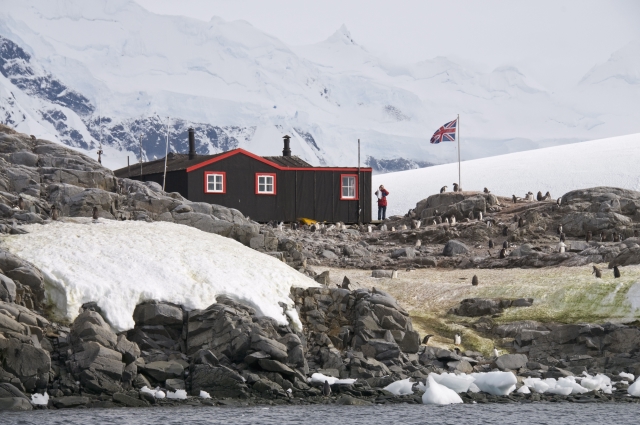 More than 260 people have applied for four jobs at a remote post office in Antarctica.

The post office, which is run by the United Kingdom Antarctic Heritage Trust, is located at Port Lockroy on Goudier Island.

Only four people are needed to fill the jobs which last five months on the island.

As many as 265 people applied from all over the world, including Australia, New Zealand, the US, China, Spain, Germany, Belgium, France and Italy, a spokeswoman for the trust said.

According to Cambridge News, the roles include looking after historic buildings and helping to run the world's most southerly public post office, which is one of the most popular tourist destinations for cruise ship passengers in Antarctica.

The post office's staff of four typically process 70,000 pieces of mail sent by the 18,000 cruise visitors who arrive during the five-month Atlantic cruise season.

A spokeswoman for the United Kingdom Antarctic Heritage Trust told International Business Times: "As well as a passion for Antarctica, successful team members will need a can-do attitude, a good level of physical fitness, environmental awareness and a practical knowledge of minimum impact living."

Interviews for the role will be held in May and the chosen applicants will meet in Cambridge in October for a week's training. They will then depart for the southernmost continent in early November.

The world's most extreme places

Deep within the Arctic Plateau, a site known as Ridge A, more than 4,000m above sea level, has the coldest average temperatures ever recorded on earth, at -70C.  Will Saunders, who led a study team of scientists to find the coldest spot, described it thus: "It's so calm that there's almost no wind or weather there at all."

This is a bit of a contentious one, as several other spots in the Middle East also claim the title, including Jericho, and Sidon in Libya. But archaeologists claim there is evidence of human habitation dating back at least 11,000 years in Damascus. Today, it's a metropolitan area that is home to 2.5 million people.

This spectacular mountain, in Auyuittuq National Park on Baffin Island, Nunavut, has a sheer 4,100ft  drop, with an average of 105 degrees. Despite its remote access, it's popular with rock climbers seeking a thrill... but we reckon you'd need to be mad to try it.

Surrounded by canyons and occupying a huge crater bowl 3,600m above sea level on the Altiplano highlands, La Paz leaves you breathless in more ways than one. The city lays claim to the title of highest capital city above sea level (and it boasts the highest airport, too). Second-highest is Quito, Ecuador (2,850m), followed by Bogota in Colombia (2,580m).

Stretching 6,670km (4,160 miles), the Nile flows northwards, beginning in Burundi and stretching through several countries including Uganda, Ethiopia, Sudan, and Egypt, stretching into the Mediterranean Sea.

This  small village of around 500 people in the Sakha region of Siberia holds the record for the lowest temperature ever recorded by a permanently inhabited settlement. The lowest temperature recorded here is -71.2C Average temperatures range from -45C in winter to 10C in summer, making it the place with the most significant temperature difference in the world too. It's not an easy place to visit: the nearest city is a three-day drive away...

There's a debate over the hottest place on earth, but with the mercury reaching 70.7C, Iran's Lut Desert has held the highest recorded temperature on the planet since 2005. The 480 sq km area is strewn with dried lava rock, which absorbs the heat of the sun. It's so hot that it's considered abiotic, meaning that no life can be sustained here. Not the best place for a holiday, then...

The highest waterfall in the world, also known as Kerepakupai meru (waterfall of the deepest place) drops nearly a kilometre. 3,212ft (979m) with a clear drop of 2,647ft (807m).

With a peak of 29,028ft (8850m), Everest is five and a half miles above sea level.The world's best known and tallest mountain straddles Tibet and Nepal and is believed to be at least 60 million years old. Thinking of going? The number of people who have attempted to climb Everest is around 4,000. Number of people who have succeeded: Less than 700.

Ok, so at 21,000ft, it's not as tall as Everest. But it's actually closer to the moon and stars than anywhere else on earth, due to the curvature of our planet. This also means its summit is the farthest point on the earth's surface from its centre.

Meet the coolest Pomeranian to grace your feed

The Ultimate Family Action Plan for a Happier Stay-At-Home

Grass flip-flops are perfect for nature lovers and tree huggers