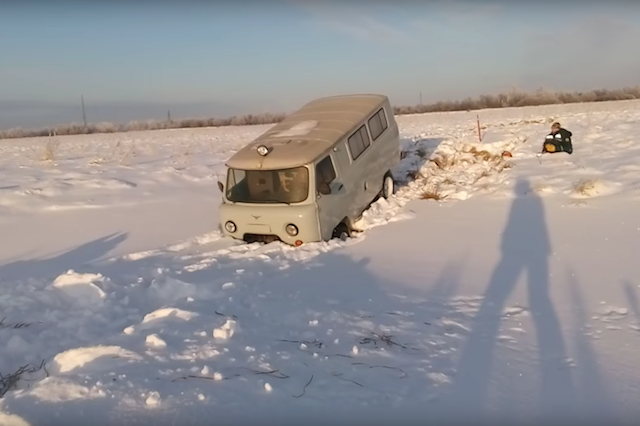 Hilarious footage from Russia shows the moment a van fell into a snowdrift after its driver closed the door a little too vigorously.

The van became stuck in the snows of a harsh Russian winter, and though the driver appeared to think he had worked his way out of trouble, he entered a whole new world of problems when he slammed the door shut.
As the door bangs, the front wheels fall into the deep snow, burying the van up to its axle in the drift. Sadly, the video is cut short before we see any struggles to free the vehicle, but we imagine it may have taken more than a little digging out.

The video, however, probably took less time to make it out into the world, with the 18-second edited version quickly going viral.