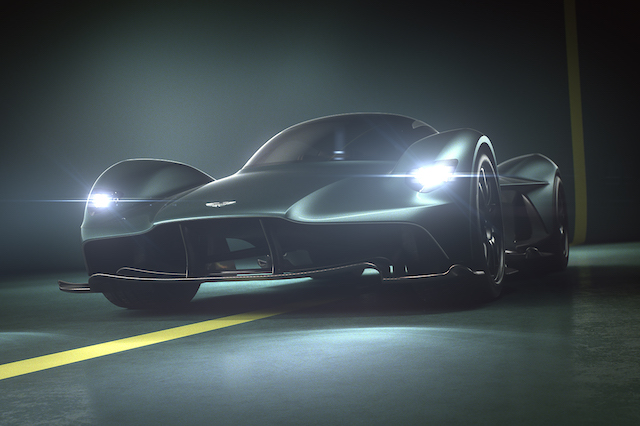 Dubbed the Aston Martin Valkyrie, the name – which is taken from ancient Norse mythology – continues the British manufacturer's line of 'V' cars that began in 1951 with Vantage, which identified the firm's high-performance variants of the DB2.
With 125bhp as opposed to 105bhp in the standard car, Vantage models offered a significant increase in performance when compared with the regular DB2.

The DB5 was the first Aston Martin to feature a Vantage badge on its flanks, and was kept as a name used strictly on high-performance model variants until 2005, when it became a model line in its own right.

The new Valkyrie now joins the Vantage, Virage, Vanquish and Vulcan in the Aston Martin stable.

Marek Reichman, Aston Martin's chief creative officer, said: "Aston Martin model names have deep meaning. They need to inspire and excite, to tell a story and enrich a narrative that stretches back some 104 years.

"The Aston Martin Valkyrie is an incredibly special car that demands an equally remarkable name; an uncompromising car that leaves nothing in reserve.

"The connotations of power and honour, of being chosen by the gods, are so evocative and so pertinent to a car that only a fortunate few will ever experience."

Pricing for the Aston Martin Valkyrie is yet to be announced.