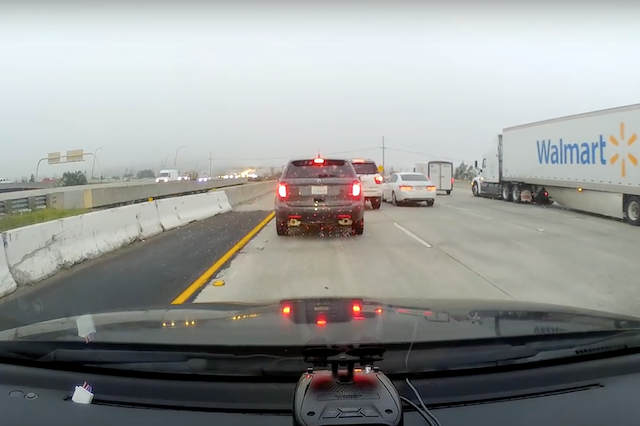 A driver in California got into hot water after cutting up a Ford SUV on the interstate, only to find the car was actually an unmarked police vehicle.

The incident, which happened at the junction of the I-15 and 78 near Escondido, was caught on a dashcam, and the footage published online.
The video shows a white 4x4 indicating to change lanes, before swinging out behind a dark-coloured pick-up truck, then squeezing into the outside lane.

Although the grey Ford Explorer is close to the car ahead, and there seems to be plenty of space behind it, the white SUV still moves out in front of it. As soon as it does, the Explorer is suddenly illuminated with flashing red and blue police lights.

The video does not show the driver being pulled over, but it's likely that they were left cursing their luck. It certainly must have been an interesting conversation.