Man left with fractured skull after being hit by runaway wheel 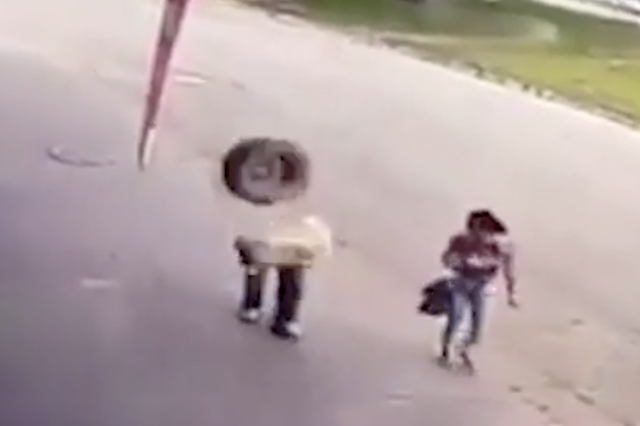 This is the terrifying moment a pedestrian was floored by an out of control wheel.

Roberto Carlos Fernandes, 50, was walking along the side of the road in Ipatinga, Brazil,with his wife when he was struck on the back of the head by the runaway wheel.
In footage captured by a nearby CCTV camera, the man can be seen casually strolling along as the wheel careens towards him. It then hits him on the back of the head and knocks him to the floor.

His shocked wife bends down to comfort him as bystanders rush over to help.

Local journalist Gil Souza posted the video footage online and said that witnesses told him the wheel had broken free from a trailer on the main road visible in the background.

He also confirmed that Fernandes was taken to hospital with a fractured chest and fractured skull but was now in a stable condition.