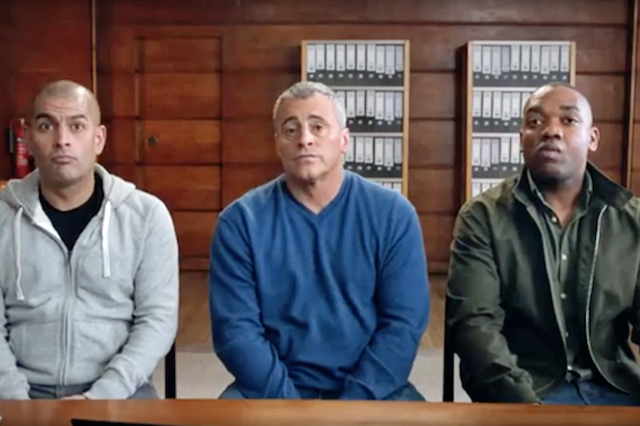 Top Gear front man and Friends star Matt LeBlanc seems to have erased all traces of former host Chris Evans from his memory.

While discussing the latest series of the popular show, LeBlanc failed to comment on his relationship with the BBC Radio 2 presenter – which reportedly broke down following the infamous Cenotaph stunt.LeBlanc instead chatted about filling ex-host Jeremy Clarkson's shoes, as well as his blossoming bond with co-hosts Rory Reid and Chris Harris.

LeBlanc told The Sun: "What people forget is for the three guys that were on the show before us, it took them a while to build a rapport.

"This is now the first season for the three of us and it does take a little while.

"You take the three people, put them together in a room and say, 'It's in your interest to get along' and everyone is open to getting along. But it takes a little while to speed up the shorthand.

"What's great is we are now getting to a point where we are really starting to click. We are having so much fun together."

LeBlanc and Evans allegedly fell out after the former host apologised for the Cenotaph stunt, which saw the US actor perform doughnuts in a high-powered Mustang driven by professional rally driver and Gymkhana star Ken Block near the war memorial in Whitehall.

Evans quit as host at the end of the first series of the revamped show. It now appears that the show's producers have removed all traces of the Radio 2 DJ from the latest series, having returned the rally-cross track to its original state and replacing Evans' beloved Mini rally car with a new Toyota GT86 sports car.

The new series of Top Gear will hit our screens on March 5 on BBC Two.
Tags
Read Full Story