Too good to be true? A scam or an exception to the rule? 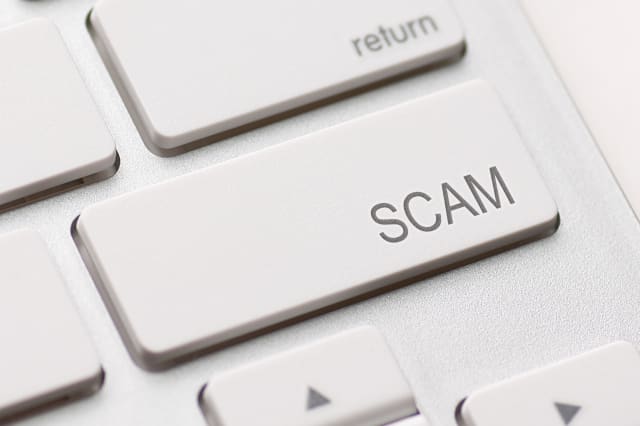 We've all been tempted by an offer that's too good to be true. There's the website you've never seen before that has the must-have toy that everyone else has run out of, or the email we get telling us we won a lottery that we didn't even know we had entered. If we fall for it, we can lose our money and our pride. So it's worth being aware of the five signs that something really is too good to be true.

See also: Carol Vorderman learns the secrets of the scammers

See also: The three secret holiday scams that will catch you out

1. You track down something that's not available anywhere else
When the Hatchimal craze was at its peak, there were scam websites set up, claiming to have them in stock. People paid for their Hatchimals, then the websites disappeared without a trace. It's very common when something is in high demand for scammers to take the opportunity to cash in

2. You find something for sale at an exceptionally good price
There are plenty of eBay listings of designer clothes and shoes at fantastically good prices. Unfortunately, in many cases, these are fakes. When they arrive the fit is wrong, the quality is poor, and you realise you've just paid over-the-odds for a shoddy knock-off.

3. You're offered an investment with unusually high returns
You may get a call or an email offering you the chance to invest in something which is low risk, but which offers fantastic returns. It's a tempting offer while savings rates are so low, but it's a mirage. In some cases the investment is high risk, in some you are being persuaded to buy something worthless, while in others it's a complete fallacy - and just a rouse to enable them to take your money.

4. Someone calls to make you a fantastic offer
One common theme with scams is a call, text or email out of the blue. An unsolicited call can be a sign you're being contacted by a company you don't want to have anything to do with. It often makes sense to err on the side of caution and to assume that none of these calls are genuine. If you want to make an investment, or have your computer checked for viruses, you can get in touch with a reputable company for help.

5. You are offered something for nothing
Generally this sort of thing doesn't happen. If, for example, you are approached by someone claiming to be from a lottery, who explains that you have won - despite the fact that you haven't entered - then it should ring alarm bells. You can expect them to start asking for payments to free up your winnings or to get them through customs - or any number of ridiculous lies designed to part you from your cash.

The exceptions to the rule

It's easy to become jaded. When you know how to spot the scammers, you suddenly see all these exciting opportunities for what they are - rip offs. Fortunately, you don't have to get too miserable about it, because there are some exceptions to the rule. We have tracked down three things which really should be too good to be true - but aren't.

1. Sainsbury's is always offering freebies
The supermarket is one of the most proactive in offering something for nothing. Usually you have to shop online, add the freebie to your trolley, and then use a code at the checkout to get a freebie. In recent weeks they have offered everything from free cat food to free cauliflower rice. You'll find their latest offers on the website.

2. When it's your birthday, companies want to give you things for nothing
The birthday freebie is a fabulous phenomenon, and available from companies offering everything from doughnuts to coffee. The users of HotUKDeals.com have published a thread featuring some of their favourites,

3. The Free Postcode Lottery
This does exactly what it says. You register your postcode, and then every day the lottery will choose a handful of winners at random. There's a main prize of £400 and a survey prize of £150 - among a number of other smaller prizes.

If nobody claims the prize, they will roll over to the next day, and people have won more than £1,000 in the past. All you have to do is visit the site once a day to check if you have won, and then claim your prize when your postcode is listed. There's no catch: your details aren't sold on, and the prize is funded entirely by advertisers. It makes this a completely free lottery.