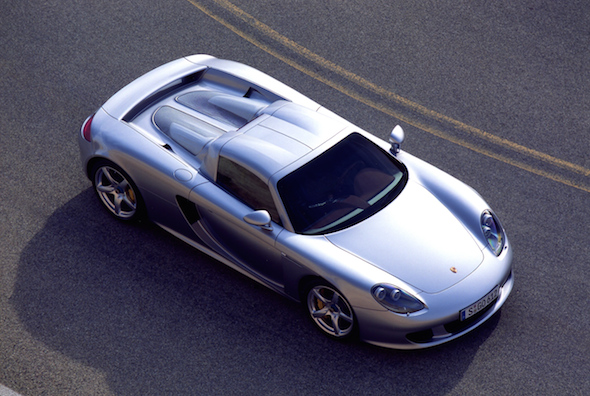 A lawsuit launched by Paul Walker's teenage daughter alleges that Porsche intentionally concealed evidence that its Carrera GT supercar, in which Walker was killed in November 2013, was dangerous.

In paperwork filed as part of the lawsuit this week, Meadow Walker, 18, claimed that Porsche Cars of North America had 'improperly redacted' damaging information involved in her father's wrongful death case.
Among the 'concealed' correspondence and documents was one email in which a manager revealed that almost one sixth (200) of the 1,280 Porsche Carrera GTs built worldwide had been 'totaled' within two years of the model's launch.

The lawyer involved in the case, Jeffrey L. Milam reportedly said in a statement that he has "learned that Porsche has hidden damaging evidence knowing it knew its Carrera GT was dangerous and unsafe."

He added: "Porsche concealed this information from the public to protect its image and brand."

Reportedly, Milam discovered this information when he swapped from an Apple Mac to a Windows PC while reviewing documents and emails related to other GT crashes that Porsche had been ordered to produce by a judge.

He claimed that the PC had revealed text that was redacted on a Mac.

Meadow claimed that Porsche had hidden the information on the other totaled cars because it supported her allegation that the GT "was defectively designed and manufactured".

In his statement, Milam said: "Any ethical company would have withdrawn the car from the market—or, at the very least, warned the public about its dangers, particularly since Porsche had deliberately left its touted Porsche Stability System off this model.

"Instead, Porsche management did nothing but make callous jokes in internal emails about how this would improve the value of the remaining cars. The company has been caught trying to hide those email along with the names of potential witnesses."

In court last year, Porsche was cleared of any responsibility for the accident which killed Walker alongside friend Roger Rodas.
Tags
Read Full Story Click here to comment