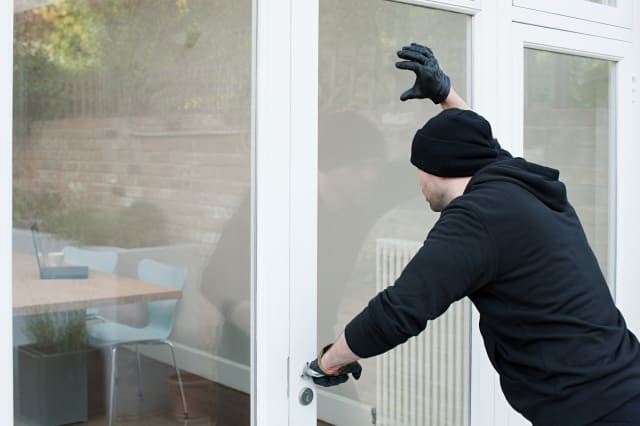 Having your home broken into, and your valuables taken, is a horrific thing for anyone to deal with. So it seems particularly cruel that once someone has been a victim of a burglary once, there's a good chance that they will be targeted again: 28% of people get burgled for a second time - in the same property. Research from Churchill Home Insurance even found they had an 8% chance of being burgled a third or fourth time.

See also: The UK's loneliest - and most vulnerable - homes

See also: How social media can protect your home

There are a number of reasons for this. In some cases, if the burglar hasn't been caught, and your home remains vulnerable, they will consider it an easy target.

Other people just live in particularly vulnerable areas: this may be a busy urban area where people come and go so often that burglars can be difficult to track down. Others live in buildings with multiple occupants, and once someone gains entrance to the building, it becomes relatively easy to get through internal doors.

Some live in leafy suburbs, where most people are out all day, and burglars know they can move around without being seen, and take their time. Others live in expensive properties within a stone's throw of an area with a higher crime rate. It means offenders don't have far to travel in order to find rich pickings.

Part of the problem is also the fact that one in ten people who have been burgled say they didn't take the opportunity to improve security at their property. A repeat offender would be ale to use exactly the same method to get into their property.

The best way to stay safe is to take sensible security steps. The good news is that most people do reconsider their security after a burglary. The average amount spent by people looking to improve security measures after being burgled is £314, while one in six spent less than £100 on new security measures.

However, even the most state-of-the-art security upgrades were not enough for 8% of victims, who claim that they moved home after being burgled.

When burglary victims did improve their security, the most popular measures to upgrade were front and back door locks (30%), and new windows (20%). Some 14% invested in a new back door, 13% in a security alarm, and 11% in a new front door. Less common measures were the 3% who bought a new garage door, 2% who invested in security lights, and 2% who bought a gate.

The best approach, of course, is to take sensible security precautions to avoid being burgled in the first place. It's worth considering the vulnerabilities in your home, and whether you need to invest in new locks or an alarm.

The study also showed that 26% of burglaries occur because people forget to lock a door - so at the very least, it's worth making an extra effort to check all the doors and windows are closed and locked every time you leave your home.

Martin Scott, head of Churchill home insurance said: "Being burgled is traumatic enough if it happens once, yet our research shows there is a genuine chance of it happening again and again. We would encourage everyone to consider the weak points in their home security, whether they have been burgled or not and ideally install highly visible deterrents such as CCTV, motion activated lights and burglar alarms. Burglars avoid targeting properties that are difficult to enter and leave, so don't be an easy target for them."