How debt can affect children 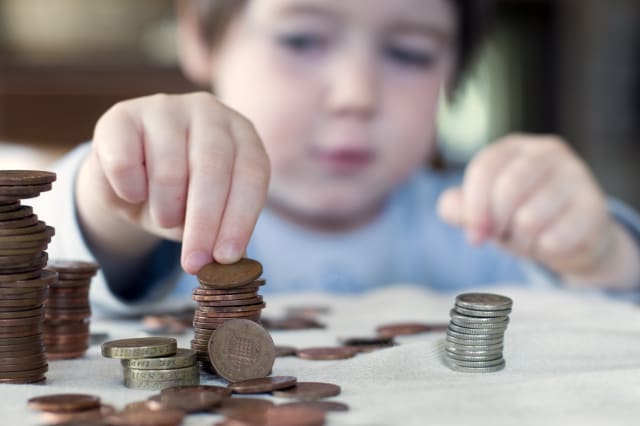 Did you know that debt can affect children and their mental health? This was Children's Mental Health Week, and finances were just one of the areas in focus.

In this guest blog post, Clare Bracey, director of campaigns at The Children's Society, tells us about the Debt Trap campaign to help vulnerable families struggling with debt.

See also: The UK cities where we face the biggest battle to make ends meet

It's a painful fact that many children and young people in the UK are experiencing emotional and mental health problems, often alone and in silence.

At The Children's Society, we've been looking at the negative effects that debt can have on a child's mental health. We know that debt puts an immense strain on families, with bailiffs knocking at the door, a barrage of letters and phone calls, and the fear of eviction. It's a terrifying situation for any parent, let alone a child, and it can have long term consequences for their physical and mental health.

Our research found that children growing up in families in problem debt are five times more likely to be unhappy than those in families without debt troubles, and when you consider that there are an estimated 2.4 million children living in families who have fallen into problem debt, then you can see the scale of the problem.

Worried about how to manage your debts? Use this Money Advice Service tool to find free advice near you

The effect of debt on children

For children, debt can undermine their relationships with their peers and may mean missing out on socialising or school trips, leaving them feeling isolated, excluded and ashamed. In some cases they are going without basics such as food, clothing or heating. They can feel a sense of failure for not being able to help their parents deal with their debts, leaving them with lower self-confidence and self-worth.

Many families are under enormous pressure, struggling to cope with low wages and rising bills, and it can take just one unexpected set-back - like a serious illness, losing a job, domestic violence or the boiler packing in - to push a family over the edge, and once in the debt trap, it can be incredibly hard to recover from as fees and charges quickly mount up.

How to stop the damage debt does to children

We want to stop the damage that debt is doing to children, which is why we want to see a 'breathing space' scheme, which would make a massive difference to families in problem debt – it would stop debts from increasing for a period of up to 12 months and allow families to tackle their debts in a manageable way, without visits from intimidating bailiffs, giving them the time and space to get their finances in order and get the mental health support they need.

Children shouldn't have to pay the price of debt with their mental health. You can find out how to support our call for a "breathing space" by visiting The Children's Society website.

This guest post is from The Children's Society and doesn't necessarily reflect the views of the Money Advice Service.