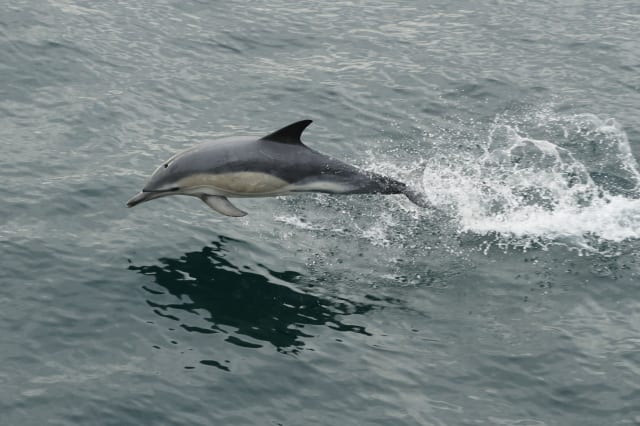 Record numbers of dolphins have been spotted off Scotland's west coast in the latest ocean research surveys.

The figures were the highest ever recorded for all three species since surveys began in 1994.

The latest findings were made in a research season lasting from May to October 2016, as part of the trust's unique long-term citizen science project monitoring whales, dolphins and porpoises – collectively known as cetaceans – as well as basking sharks in the Hebrides.

These annual research surveys depend on paying volunteers, with 71 welcomed aboard in 2016 – working with marine scientists on visual surveys and acoustic monitoring with underwater microphones or hydrophones, and identifying individual cetaceans through photography.

Speaking to the Scotsman, Dr Lauren Hartny-Mills, science officer at the Hebridean Whale and Dolphin Trust, said: "The reasons for the high number of sightings of these charismatic dolphin species, and the broader effects on the marine environment and other species, remain unclear.

"But the intriguing findings highlight the importance of on-going monitoring and research – to strengthen our understanding of what is taking place in Hebridean waters and to ensure well-informed conservation action."

Frazer Coomber, a scientist from HWDT, told the BBC's Good Morning Scotland radio programme: "It's been fantastic. We've had massive groups of 200 and 300 individuals at a time.

Western Scotland's seas are one of Europe's most important cetacean habitats. With a long, complex coastline, strong ocean currents and a variety of habitats, the Hebrides is one of the UK's most biologically productive areas. So far 24 of the world's estimated 92 cetacean species have been recorded in the region – many being national and international conservation priority species.