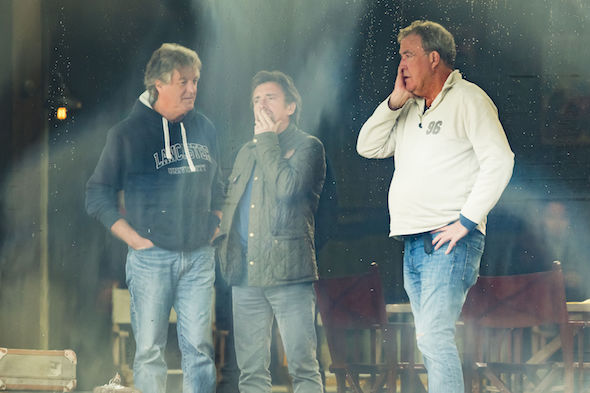 Jeremy Clarkson, Richard Hammond and James May hosted the series, which streamed exclusively on Amazon Prime. The figures compare to 5.8 million who watched the trio's final episode of Top Gear on the BBC, and 8m who tuned in at that show's peak.
However, the numbers are not as bad as they seem. The Grand Tour has been a huge success for Amazon's streaming service, becoming its most popular show and attracting new subscribers.

After Clarkson's contract with the BBC ran out following controversy about a 'fracas' with a producer, Amazon stepped in with a massive budget to tempt all three presenters to make a show for its streaming service.

The numbers come from a survey of 2,500 viewers of streamed content by market analysts GfK, which also questioned viewers about their opinions on what they watched.

Christopher Smith, senior research executive in GfK's brand and customer research division, said: "Our analysis proves that the high production costs for The Grand Tour are paying off, with viewers of the show agreeing that Amazon's investment has been worth it."

The Grand Tour measured favourably against other Amazon shows, accounting for 17 per cent of all episodes streamed on the service. That made it almost twice as popular as second-placed The Man in the High Castle, which drew nine per cent of streams.
Tags
Read Full Story