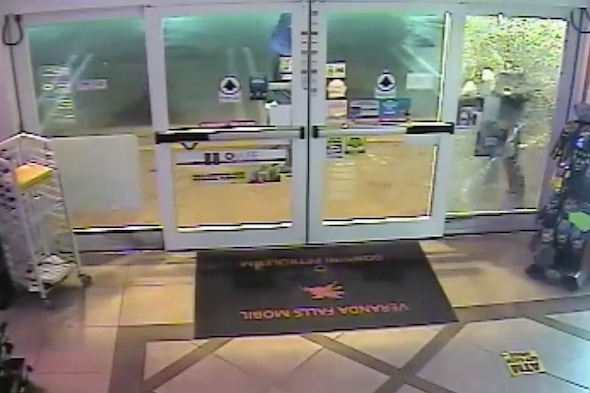 A pair of would-be burglars have been caught on camera making a failed attempt to break into a petrol station in Florida.

Two men approached the entrance to the store in Port St Lucie in Florida yesterday and set about trying to break the shop front glass. They used a bar to hit the window, which quickly shattered.
However, the petrol station's owners had fitted impact-resistant glass, which is designed to hold together when hit. The crime duo took drastic measures to try to break through, even taking a run up and throwing their body weight at the glass but to no avail.

After nearly a minute of trying, they gave up, with police saying: "the suspects then fled the scene in shame." No arrests have been made in connection with the incident.
Tags
Read Full Story