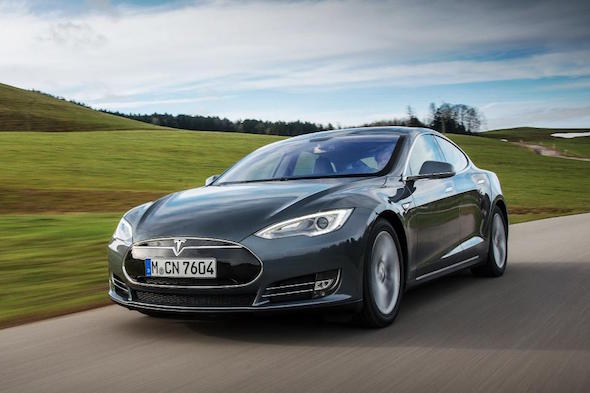 Police officers in America tried to arrest a Tesla owner because they thought he was kidnapping children.

The Tesla Model S comes with the option of two 'jump seats' that fit in the boot and face backwards. They're only suitable for small children, but are useful because they turn the executive saloon into a seven-seater.
However, officers in Santa Clarita, California, reportedly held a man at gunpoint because someone reported he'd kidnapped a child.

A well-meaning neighbour had apparently spotted the youngster being bundled into the boot and called 911. Police quickly found the car and pulled the driver over.

When the driver stopped, they held him at gunpoint until he was able to explain the situation.

Speaking to The Signal, Lt Rob Hahnlein said: "The new Teslas have a weird back seat and when they put the (child) in the back seat it looked like they were putting them in the trunk."

Hahnlein defended his actions, saying that if a member of the public reports a kidnapping he will take it seriously until he figures out it's not a crime.

"We're not Tesla experts," he added.

This is not the first time police have been called to reports of Tesla-related 'abduction'. In 2015, CCTV captured the moment a family was confronted by officers in their driveway after another motorist called to report seeing children in the boot.

Fortunately, in that case, the officers could see the funny side.
Tags
Read Full Story Click here to comment