Is this Britain's oldest apprentice? 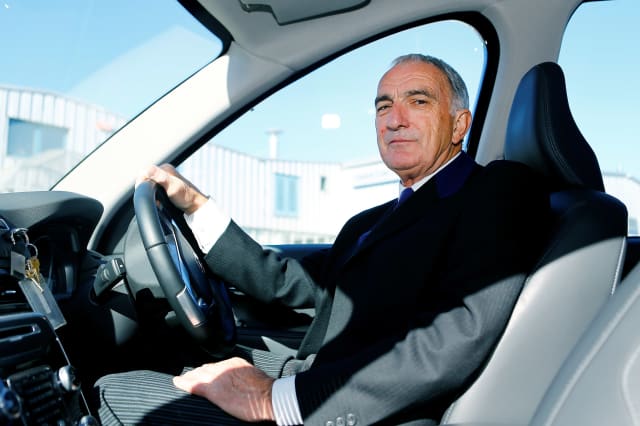 Robert Brown, a 67-year-old former police office from Canterbury, may be the oldest apprentice in the UK, after taking on a second career in the funeral business. He could be leading a trend for older apprentices, as a government adviser has called for one million more people aged 50-70 in the workplace by 2022.

Robert was a Detective Sergeant, until his retirement in 2009. Given the nature of police work, officers have a younger retirement date, so he always planned to find related work in retirement. He initially did so, on a self-employed basis, but found working for himself to be too rude a culture change. He says: "After 40 years working in a full time job, I hated things like chasing the money, so I wanted employment again."

See also: You might want to sit down: funeral debts hit astonishing highs

See also: Could you be buried by mistake?

He saw an advert for the Co-op Funeralcare, and joined up, at first on a zero hours contract. It was a natural fit for him, so he was moved onto part time contract, and signed up to an NVQ. That's when he became what may be the country's oldest apprentice, at the age of 67.

He finished the course last November, and is now working full time - having qualified as a funeral care operative - with roles ranging from making coffins up to driving the hearse - and as a funeral arranger.

He initially only intended to work part time, but when his partner reduced her hours, he decided to step up to full time "to make up the gap financially." He expects to continue working until his wife is ready to retire.

It was easy for him to move into a full time role, not just because business is booming, but also because he is perfectly suited to the job. He explains: "It allows me to use the people skills I learned as a police officer. You see people at their lowest ebb, and they need someone to be sympathetic and understanding, but also to have the authority so they know they can rely on you. As a Detective Sergeant investigating serious crimes, that's something I am very used to, and I enjoy doing it. Someone may come into a branch in tears, and after an hour and a half they leave confident you will take care of their loved one, and that gives me a lot of satisfaction."

"When people ask me what I'm doing now and I tell them, they ask how I can do it, but it's no different to being a police officer. You are still dealing with the aftermath of a death, you are just helping people through the next stage, making sure you treat them with dignity and respect."

Given the life experience and skills that older people can bring to the role it's perfectly understandable why so many people working for Co-op Funeralcare are older. In fact, one in three of its apprentices are over the age of 50, and many of them are former police officers.

This will be music to the ears of Andy Briggs, the chief executive of Aviva Life UK, who is the Government's Business Champion for Older Workers. This week he called for every employer to increase the number of people aged 50-70 that they employ by 12% by 2022.

The Co-op points out that working in later life is very common within its business, and it expects later life career changes to become even more popular too. It recently did some research and found that 55% of people over the age of 50 have had at least three careers, and 16% have switched careers after turning 45.

When asked what prompted the change, 22% said they needed to find work after being made redundant, 15% were bored and ready for a change, 15% wanted to do something that would interest them personally, and 9% wanted to earn more.

But what you think? Would you want to work later in life, and would the funerals business work for you? Let us know in the comments.