The most extravagant celebrity Valentine's gifts 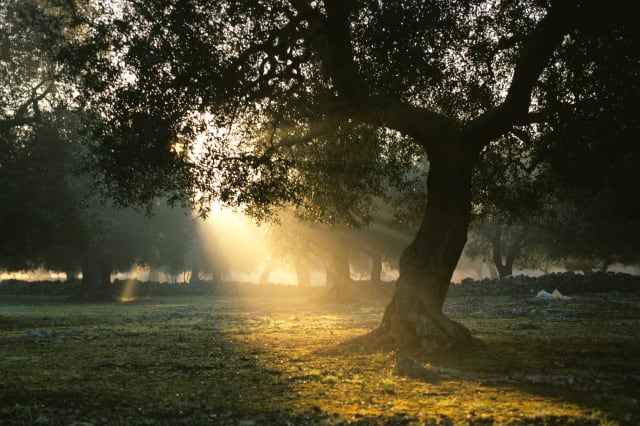 Many of us may be looking forward to nothing more on Valentine's Day than a crumpled card and some wilting daffodils.

However, some people really go to town. While the average Brit spends about £45 on their loved one, some have a rather bigger budget - and make the most of it.

And who knows? Maybe you'll win the lottery, in which case you'll need some good ideas yourself.

From a GulfStream Jet to an ancient tree, we look at some of the best celebrity Valentine's Day gifts.

Flowers
We know what you're saying: there's nothing terribly extravagant about flowers, especially when you can pick up a dozen red roses for a tenner a bunch. But it's all a question of scale. Back in 2011, Justin Bieber wooed Selena Gomez with the entire contents of a florist's shop - let's just hope she had enough vases to hold them.

Gadgets
A new phone can be a practical present - and can help a loved-up couple stay in touch every minute of the day. But if you're one of the world's best-selling musicians, and married to Beyonce, you need to do a bit better than that - which is why the rapper made sure that the phone he gave her in 2009 was plated with platinum. It reportedly cost $25,000.

A plant
Not for Brad Pitt an African violet in a pot; when Angelina Jolie was choosing a Valentine's gift in 2010, she decided to go a little bigger. Her choice was a 200-year-old olive tree, which was planted at the couple's French estate. The olive must have seemed like the perfect gift, symbolising peace - but wasn't enough to prevent a split that's still reportedly pretty acrimonious.

A (non-cuddly) toy
Well, it certainly makes a change from a teddy bear clutching a heart: an antique carousel horse. Courteney Cox gave one to her then husband David Arquette in 2010, spending a reported $45,000. Nobody has any idea why.

A car
Any car would be a pretty extravagant present - all the more so when it's a Bentley. Unfortunately, Katy Perry's choice of a £200,000 lilac-coloured Bentley Brooklands for Russell Brand wasn't enough to keep the two together. Even going one better to buy a $20 million GulfStream jet, as Tom Cruise did for then wife Katie Holmes, is no guarantee that things will last.

Jewellery
When a couple's wedding involves golden thrones, you know that they're not scared of a bit of bling. So it should come as no surprise that David Beckham was happy to splash out on a Bulgari necklace for wife Victoria back in 2006. Dripping with rubies and diamonds, it's said to have cost £5.5 million.

The 10 top earning celebrities
At the age of 55, critics have been insisting that her finest days were two decades behind her. Her latest album sold fewer than 1 million copies, and her recent singles have failed to make the impression they once did.

But Madonna has silenced the critics - raking in an astonishing $125 million in one year. That's $25 million more than her nearest rival. Her $305 million wold tour was the major money maker, but her fashion and perfume brands helped too.

This is Madonna's biggest-earning year of all time - surpassing her previous record in 2009 of $110 million.
The veteran director had a hit with Lincoln last year, but the bulk of his $100 earnings comes from royalties from his earlier works. It can't hurt to have the Raiders of the Lost Ark franchise and the Jurassic Park films quietly making money for you. He also makes a slice from the Universal Studios theme parks. The combination means he's up a place in the rankings from last year.
The British 'Shades of Grey' author has faced harsh criticism for her writing style, but she is living proof that sex sells (70 million copies worldwide and counting). With earnings of $95 million this year she's not only the highest-earning author of the year, she's the third-highest-earning celebrity too.
The original shock-jock is pulling in $95 million a year by being the biggest name on US radio. He also made a rumoured $15 million as a judge on America's Got Talent - which has helped push him up from seventh place on the list last year.
Simon Cowell, the second Brit on the list, is still holding fast to his earning power - despite some ratings problems in the US. The X Factor and Got Talent format are worldwide sensations - all earning a small fortune for the TV mogul and soon-to-be father who brought home $95 million in a year. It has pushed him up from tenth place in the list last year - leapfrogging the likes of James Patterson and Michael Bay.
With earnings of $91 million, America's favourite author is reaping the benefits of being both very popular and incredibly prolific. Apparently one in four of all hardback books sold in the US are written by Patterson, and he continues to add to his body of work at an incredible rate - which has helped push him up from eighth to sixth place in a year.
With earnings of $90 million, Beck's various roles as a TV and radio host, conservative political commentator, author and businessman have seen the money flooding in. His official tagline is 'The Fusion of Entertainment and Enlightenment' - so there is a small chance that the money and fame (and moving up from 11th place on the list last year) may have gone to his head.
Earnings of $82 million put the Transformers director in the upper-echelons of the big earners. His blockbuster action films haven't always been a big hit with the critics, but have pulled in the crowds, guaranteeing him big money. He took a bit of a hit this year - with his earnings almost halving from a year earlier (when he was the second-highest paid celebrity). However, Transformers 4 should have him back on top next year.
Making $80 million this year, Bruckheimer's ability to produce Hollywood hits is certainly paying off. Having a back-catalogue that features the Pirates of the Caribbean franchise doesn't hurt. However, he could do with another mega-hit soon as he's down from fourth place on the list last year when he made $35 million more.
Her earnings of $80 million would have been even more if she hadn't had to pull out of much of her tour after suffering a hip injury.

Oprah Winfrey, meanwhile, came in 13th - knocked off the top spot last year, when she was bringing in $165 million a year, and seemed unassailable.
Up Next