How social media can protect your home 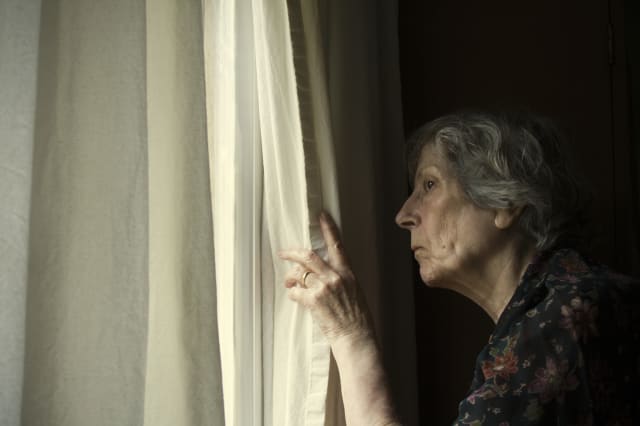 Social media is blamed for so many ills in society - and oversharing online is well recognised as a major security risk. However, making use of social media doesn't have to damage your security measures. In fact, if you join the right groups, it can help keep your home safe.

Neighbourhoods aren't the close-knit communities they once were. With so many dual-income households, everyone works longer hours, and after a massive commute has little time for their neighbours. As a result four in five people in the UK say they don't know everyone on their street.

In busy cities, this is even more striking, as many people would struggle to name a single other person living in their road. People move in and out of the area so quickly that there's precious little opportunity to get to know one another.

However, while we don't have time for our neighbours, most people are finding the time to go online, and social media is beginning to bridge the gap.

Research by home insurer Together Mutual Insurance discovered that one in five people are using online groups to communicate with their neighbours through social media. Some 8% were members of local Facebook groups, 7% joined WhatsApp groups and iMessage, and 11% used one-to-one messaging. It's even possible to join a neighbourhood watch scheme online.

When asked about the benefits, 45% said it was useful to be able to update everyone at the same time, while a third said it was easier than trying to bring people together, and one in five said it helped create a sense of community. In addition, a quarter of people said they had discussed security issues in their neighbourhood groups.

This has proven invaluable for many people. One local group, Hello Clevedon, has 9,000 members in the North Somerset town (which itself is home to just over 20,000 people). They use the site to ask one another for recommendations of tradespeople, highlight missing pets, post photos, explore local history, share details of lost and found valuables, and discuss security issues.

In the past few months they have warned one another about cowboy traders, requested advice on doorstep salespeople, shared details of thefts, and highlighted drivers behaving suspiciously. They have also asked for (and provided) witnesses of crimes ranging from car theft to burglary.

In some cases, neighbourhoods have gone even further, and set up specific neighbourhood watch groups. Jon Craven, CEO at Together Mutual Insurance, said: "It's very pleasing to see communities are capitalising on modern technology to alert their fellow neighbours at an instant, should they have concerns. It might be tempting to think that neighbourhood watch groups are part of a bygone era, but moving them online is a great idea and will ensure this vital community activity continues to help protect our homes."

But what do you think? Do you stay in touch with the neighbours online - or do you prefer to get to know them face-to-face? Let us know in the comments.

Gerard and Christina White from Moseley in Birmingham hit the headlines in September last year, when their neighbour ignored his planning permission, and built so close to their house that they said it effectively turned their detached property into a semi-detached one.

Despite the fact it left them unable to maintain the side of their property, the council washed their hands of the case, and said the couple would have to take private legal action if they wanted the extension to be pulled down.

Helen Coughlan, a 52-year-old carer from Woodford Bridge in north east London, was stunned when her neighbours built an extension just 24 inches from her window - completely obscuring her view.

Despite the fact she says it took £100,000 off the value of the home, and rendered it unsellable, the council said it could do nothing to force the demolition of the new extension.

In 2013, a row that had been rumbling for 17 years finally came to court. One of the neighbours had planted eight conifer trees in his front garden, and ignored repeated requests to cut them back to allow natural light into his neighbour’s home.

He was eventually forced to by a court - after the trees had caused a crack to appear in his neighbour’s wall.

Wendy and Paul Collins from Brownhills in the West Midlands watched in horror as their neighbours erected a six foot fence at the bottom of their front garden, blocking their front gate and leaving their car stranded on their front lawn.

Their home faces onto a car park serving a block of flats, and the owners of the flats erected the fence to stop the couple driving through the car park in order to park on their front lawn. The couple can still access their house through the back - and have a drive round the other side of the house - unfortunately their car is stuck on the lawn.

A Michigan man who had been through a bitter divorce, decided to get his revenge on his ex-wife by moving in next door.

As soon as he had moved in, he erected a 12 foot statue in the front garden, of a hand giving the finger. The statue is even lit up at night.

In May last year, Steven and Fiona Young from Blawith were ordered to pay their neighbours, Peter and Lesley Raymond, £600,000, after a campaign of harassment.

The Youngs had lived in a large farmhouse, but decades earlier sold up and moved to a smaller property next door. The Raymonds moved into the farmhouse and the Youngs became nightmare neighbours.

They piled rubbish in the garden, damaged fences, let animals foul their garden, and rode quad bikes over the grounds. When the Raymonds installed CCTV, Mr Young mooned them, and then painted over them.