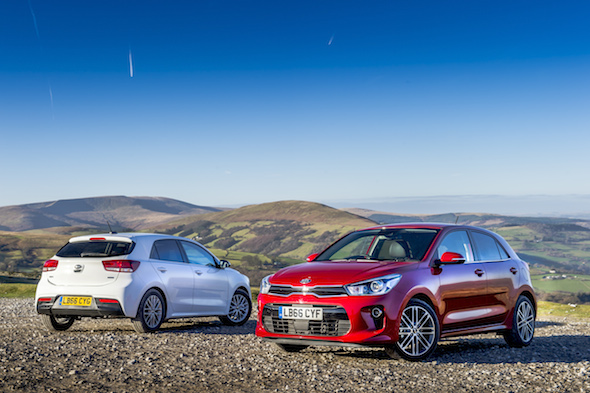 The Rio is the best-selling Kia model worldwide, so the South Korean manufacturer has lofty ambitions for its new version.

It plans to use this car to further increase its already growing global sales. The question is, is it good enough to do that? AOL Cars went to investigate.
What is it?

The Rio is Kia's representative in the B-segment, a hugely competitive market dominated by the Ford Fiesta.

The new Rio features more mature aesthetics, including a new 'tiger nose' grille akin to that on the highly anticipated Stinger GT.

The revised range of engines includes Kia's 1.0-litre T-GDi petrol, which has never been available in a Rio before.

We tested this engine in both its 99bhp and limited edition 118bhp versions, as well as the 89bhp 1.4-litre CRDi diesel.

The 1.0-litre engines are very responsive and have no problem getting the car up to speed in a reasonable time. They're also remarkably quiet at higher speeds.

A limited run of 'First Edition' cars will also be available for £17,445, featuring 17-inch alloy wheels, keyless entry and LED rear lights, as well as the more potent version of the 1.0-litre T-GDi engine.

First Drive: Kia Rio
Up Next

The B-segment is one of the most competitive car markets out there, dominated by the UK's best-selling car, the Ford Fiesta, of which a new version will be released later this year.

As well as the Fiesta, the Rio will be faced with rivals such as its cousin, the rather dull Hyundai i20, and Citroen's funky C3.

The Rio is not as enjoyable to drive as the sales titan that is the Ford Fiesta. However, it's not bad by any means.

The Kia is incredibly tidy on the road, with its stiffer body and new suspension system allowing a greater level of composure in the corners, but without ruining the ride.

The controls are superb as well. The manual gearboxes are precise and the steering has a pleasant weight and feel to it.

Overall, the new Kia Rio is a competent car. It certainly won't put a smile on your face in the same way a Fiesta might, and it can't compete with the likes of the Honda Jazz in terms of practicality, but it gets the job of being a car you can depend on done with ease.