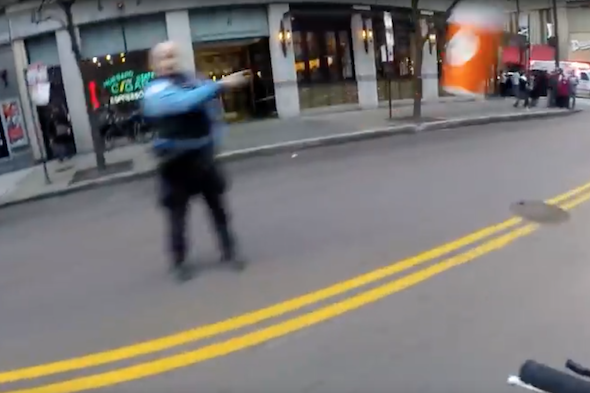 A Chicago police officer who threw a takeaway cup of coffee at a biker has been suspended.

Robert Markvart was caught on the victim's helmet cam as he threw the cup in response to indistinct shouting and a hand gesture from the rider.
He appeared to have been waiting to cross the street when a group of bikers rode past.

The footage was later shared on Facebook by the Chicago United Riders group, and Markvart was handed a five-day suspension.

The Chicago Tribune reported that police superintendent Eddie Johnson said he could not defend the officer's actions.

"We expect every officer to be professional (and) treat people fairly and responsibly," he said.

It is unclear whether any further action will be taken.