We're so reliant on broadband that we're stuck with our provider 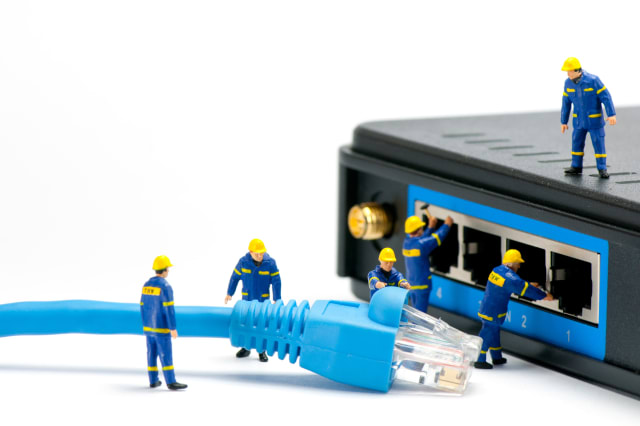 We're not shopping around for a cheaper broadband service, because we're too worried about the connection going down during the changeover. A new study has revealed that we're missing out on a shocking average of £118 a year as a result.

See also: Ten easy ways to save on broadband and TV

It's not surprising that we're so nervous, because we rely so heavily on broadband. A quarter of people use it to work from home, and a third of people under 35 use it for work purposes.

In most cases we're quite right to suspect that switching will leave us without a connection. Some 55% of switches have a delay in installation - so we spend an average of 1.4 days without the internet. Unfortunately, one in ten people said they spent a week without a connection, and 6% had to wait for three weeks.

The problem is that in most cases there's some sort of installation required to enable us to switch, and something can go awry as a result. When uSwitch asked what caused the delay in their connection, 17% of people blamed engineer delays, 12% said it was an Openreach engineer who caused the issue, 8% blamed an administrative error, 7% said cables needed to be laid, 5% said the router wasn't working, and 3% said the router was lost in the post.

But while our reluctance is understandable, it means we're missing out on an average saving of £118 a year - and up to £227 per year.

What can we do?

uSwitch is calling for customers to be compensated for any dates they are stuck without a connection, but while we wait for fairness in the industry, we don't have to stick with an expensive or disappointing provider.

Switching simply requires a bit of planning. Almost a third of people who had a gap in service said their broadband switch date wasn't delayed, and their wait was standard, so most people will have an idea of the kind of gap they will need to breach. For those with no warning, they can still put fallback solutions in place.

If we have to spend a day or two without the internet, perhaps we could go into work - which is what 16% of people end up doing. Alternatively we can ask a friend or neighbour if we can work at their house for the day. If we are expecting to be without the internet for longer, we have a few other options. Some 11% of those who need to bridge a gap buy a dongle, 11% tether their smartphone, 12% work at the library, 11% work at a cafe, and 5% pay for BT Wi-Fi.

But what do you think? Is it worth a few days of inconvenience to save up to £227 a year - or does your family go into meltdown if they have to survive five minutes without a connection? Let us know in the comments.