We find out how much difference remapping a car engine makes 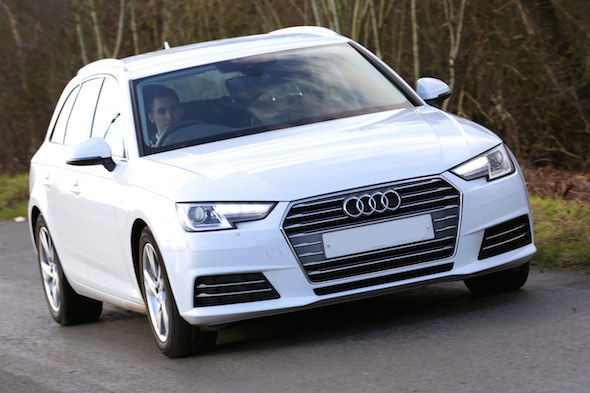 You might have heard of the term 'chipping' your car. The practice, also known as remapping, involves rewriting a car's electronic control unit (ECU) to allow the engine to work closer to its potential.

Manufacturers hold engines back for a number of reasons, such as allowing for countries that use low-grade fuels or drivers who ignore regular service intervals. Sometimes it's just a case of offering an engine with two different performance outputs to expand a model range.
Chipping has its roots in motorsport tuning in the late '70s, but nowadays it's seen as a safe and simple way for people to eke a little extra performance – and in turbo-diesels, improved fuel economy – from their cars.

AOL Cars visited the headquarters of Superchips, one of the leading names in remapping cars, to find out just what a difference its service can make.

We jump in what is, in almost every way, just a normal Audi A4 estate. It has no modifications other than the remapped ECU, which the company's managing director, Ian Sandford, tells us is the case with most of the cars the team works on.

This particular A4 is also running Superchips' Bluefin device. It's available on a lot of the cars the company remaps, and allows the owners to install the remap themselves without having to visit a dealer.

The device is posted to the customer, who must download the map through an in-built USB port and plug the Bluefin into the car's diagnostic port to upgrade the vehicle's ECU. It also gives owners the power to install and uninstall the map should they feel the need.

It's important to note at this point that installing a map invalidates the manufacturer warranty. However, Superchips offers its own to cover the remainder of the warranty up to a maximum of three years.

This A4 has a 2.0-litre turbo-diesel engine, which makes 148bhp from the factory. However, thanks to Superchips' remap, here it makes 181bhp. There's also a 54Nm bump in torque, which now reads 334Nm.

We find out how much difference remapping a car engine makes
The old school computer chips that gave the company its name.
Up Next


There are no specific claims about what miles per gallon you should see after the upgrade, but in the company's brochure it says that turbo-diesel owners should see some improvement.

The first part of our test drive involves using the car as it came from the factory. The engine is uninspiring but has decent torque low down in the rev range making progress trouble free. As is to be expected from a mainstream diesel engine, power is available over a fairly short number of revs.

However, that all changes once the remap is enabled – a job that takes about 20 minutes to complete after a couple of button presses on Bluefin.

Driving out of the industrial estate barely bothering 30mph, there's little to no change. Torque starts to build similarly low in the rev range, but once you start to ask more of the engine the Superchips magic is immediately apparent.

Turning on to a dual carriageway, I push the throttle to accelerate up to 70mph and a surge of power pushes the needle around the dial much more urgently than before. Not only does the car accelerate much more quickly, the power is available for more of the rev range so fewer upshifts are needed to keep the power coming.

After returning the car to HQ, I'm left impressed by how noticeable the performance gains are. Often when driving cars with aftermarket performance upgrades there's a sense of fragility, but because the improvements are designed to simply unlock the engine's true potential, it feels like it was designed to be this quick from the off.

So on to the important question: Is remapping worth it? Prices range from about £350 to about £500 depending on your car and the service you require. Performance gains are also dependent on your vehicle, so it comes down to whether you think the gains are worth the cost.

However, we can highly recommend it. The extra 40bhp and 54Nm of torque added to the Audi A4 demo car made a huge improvement to both driveability and fun factor.
Tags
Read Full Story Click here to comment