The cringeworthy celebration of Warren Buffett 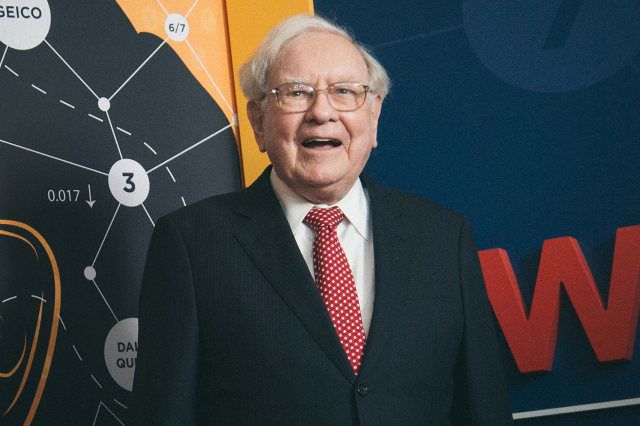 I don't do that. I'm just not that into Warren Buffett. I once went to Omaha to see the Berkshire Hathaway annual general meeting machine in action. I left even more certain that I would never buy a single share. That's partly because the whole event was so cringeworthily sycophantic in its celebration of genius that I found the only way to recover from it was to drink gin at my hotel bar with the other UK journalists at the end of the day (well, more the middle of the day to be honest — we didn't last the course in the auditorium).

I still can't even think of Warren Buffett, Omaha or the Hilton without feeling slightly queasy. But it is also because the event reinforced my view that he has long since stopped being the investor people think he is. So I was rather pleased to meet fund manager Adam Rackley over lunch a few weeks ago.

Mr Rackley's been to Omaha too: "Read the books, bought the B-shares and collected the Letters to Shareholders... queued outside the CenturyLink Centre at 6am and washed down dinner at Piccolo's with a root beer float."

He's still keen on Mr Buffett (who he describes as "a hero of mine"). But not a hero he wants to follow financially. Why? While 45 years ago Buffett was a proper value investor in the way of Benjamin Graham, today he is far closer to being a quality growth investor (in the style of UK fund managers Neil Woodford and Nick Train).

You can — and I often do — have arguments about whether growth and value are really different styles of investing. After all, if you buy something that isn't cheap on the face of it, but which you expect to grow fast, you can claim the price is cheap relative to future profits. But that, says Mr Rackley (who like me reckons that long-term value investing is the best way to go) just takes all descriptive meaning from the word "value".

It starts as no more than a synonym for "good" when it should have a clear meaning: buying at a discount to fair value and then selling at fair value. Or even relying on value that is already there to generate returns, rather than on value you expect to be created in the future.

This distinction is especially important today for the simple reason that the world around us, while always jammed with confusion and uncertainty, seems to be offering the markets a little more of both than usual. The thing at the top of my worry list changes daily (Brexit, Trump, protectionism, sudden inflation, the extent of overvaluation in the US, a bond market crash, my inadequate pension, the horrible rise in the cost of my commute on Virgin East Coast and so on). At the moment, it is the fact that Italian polls show that 58% of voters are looking for their own EU referendum, and 48% say they'd be likely to vote "out" if they got one. Yikes.

With all this going on, you need to ensure you are adding a real margin of safety into your investments. Buying cheap is the best way to do that. But where can investors find value?

Mr Rackley's fund, VT Cape Wrath Capital Focus Fund, follows a genuine old-fashioned value strategy with a concentrated portfolio (ten to 20 holdings) and a commitment to close the fund at £200m to make sure it never runs into Buffett-style drift (there's no need to rush in by the way — the fund is very new and there is under £5m in it at the moment). I'm also interested in Cape Wrath's fee structure (the total expense ratio is capped at 0.45%), but we will come back to fees another day — as we always do.

However, in the search for real value you might also want to look abroad — to Japan. Sustainable dividends are a great safety net in volatile times. That makes relying too much on the UK something of a problem. Research from AJ Bell this week suggested that the aggregate dividend cover (the company's profits divided by what it is paying out) for the top ten yielding stocks in the FTSE 100 is a mere 1.3 times. That tells us that unless profits surge (unlikely), dividends aren't going up. And that things don't have to go very wrong for them to be cut (this is what happened at Pearson this week).

So to Japan — where after 20 years of going nowhere fast (the Nikkei 225 is down 10% since 1997), the market is suddenly a rather good place to find income. The average yield is knocking around 2.5% (higher than the US, as the analysts at Société Générale point out), despite Japanese-listed companies having the lowest payout ratio and the highest levels of net cash in the developed world (well under 40% of profits go to shareholders as dividends). It is also worth noting, says Price Value Partners, that some 40% of the stocks listed in Japan are trading below their book value (the value of their assets). In the US and the UK, that number is more like 20%.

Investors are always telling me they are desperate to find cheap shares paying nice dividends to act as a safe haven in these tricky times. If they look to Japan, they might find it isn't quite as hard as they think.

- And finally, regular readers will remember me writing about dressing up as Wonder Woman for charity a few months ago. The Super Power Agency — which focuses on improving the literacy of children in Leith — is now launching. To learn more about it (and see me as a superhero) go to superpoweragency.com.

• This article was first published in the Financial Times.