Mechanic crushed to death by forklift truck he was repairing 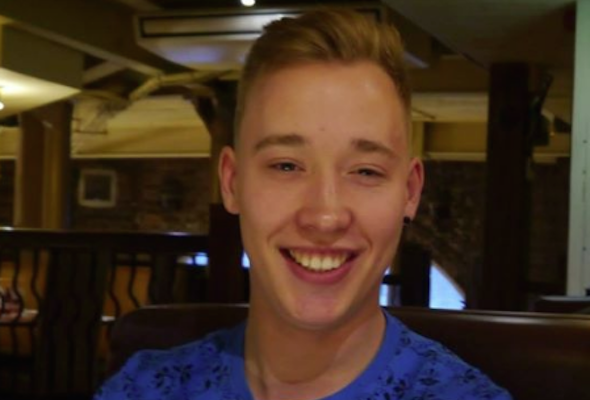 A young mechanic was crushed to death by the forklift truck was repairing, an inquiry has heard.

Jamie McLean is believed to have accidentally knocked the forklift into gear as he reached into the cab, causing it to launch forwards and crush him between the heavy machine and the wing mirror of an adjacent Transit van.
Colleagues at James Callander and Son's Abbotshaugh Sawmill in Bainsford, Falkirk, found the 22-year-old unconscious and 'already turning purple' shortly after the accident on January 13 last year.

McLean, a fully qualified forklift fitter, had been trying to trace a leak on the loader, and was thought to have reached into the forklift cab to rev the engine when he knocked the gear lever, causing the truck to move forwards.

Sawmill worker Gordon Beattie spotted McLean trapped and ran for help. Fellow employee Alan Paterson turned off the forklift and climbed into the Transit via the passenger door, only to find there were no keys in the ignition.

The pair then tried to push the Transit backwards, but to no avail. McLean was blocking the way into the forklift cab, so that could not be moved either.

The young mechanic was eventually freed when Paterson used another forklift to move the Transit out of the way.

An ambulance arrived minutes later, and McLean was taken to the nearby Forth Valley Royal Hospital, where he was pronounced dead.

Peter Dodds, a Health and Safety Executive specialist engineer, told the inquiry that tests showed the ground where the accident happened was flat and the forklift could only have moved forward if its parking brake was off, it was in forward gear, and the accelerator was depressed.

He added that a valve in the truck's hydraulic circuit had apparently been leaking, and in order to trace it McLean had leaned in through the open cab door and pressed down on the accelerator with one hand while operating the tilt control with the other hand. While doing so, he may have accidentally knocked the gear lever, which was by the steering wheel.

"When I examined it, the parking brake was off and the gear lever was in the forward position," said Dodds, agreeing with Sheriff Christopher Shead, presiding, that the accident would not have happened had the forklift's parking brake been on.

He concluded by saying that while new forklifts feature a safety cut out that prevents them being driven unless someone is sitting in the driver's seat, the forklift involved in the accident complied with all requirements in force at the time.

She expressed deep regret to his family on behalf of the company, adding: "This was a mistake, an effective one-off that has resulted in tragic consequences."

The determination of the sheriff will be made at a future date.
Tags
Read Full Story