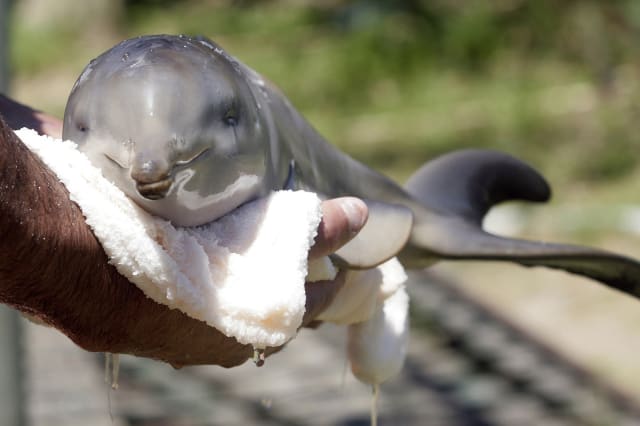 A baby dolphin has died in Argentina after tourists took selfies with it instead of putting it back in the water.

A heartbreaking video posted online shows tourists swarming round the baby, which had become stranded on the beach.

According to the Palm Beach Post, one witness told C5N News: "They let him die. They could have returned him to the ocean. He was breathing, but everyone started taking photos and touching him, saying he was already dead."

The Dodo reports there are some reports that suggest the dolphin was actually taken from the water for the pictures, although this has not been confirmed.

It adds that it's unclear if the baby dolphin was sick already, or to what extent the human contact contributed to its death.

But that holding it up for selfies instead of putting it back in the water almost certainly contributed to its decline.

Tragically, it's not the first time such a thing has happened.

Last February, video emerged of tourists carrying two baby dolphins from the ocean for a photo opportunity, and one of them ended up dying.

Pets At Home to beat forecasts after demand spikes