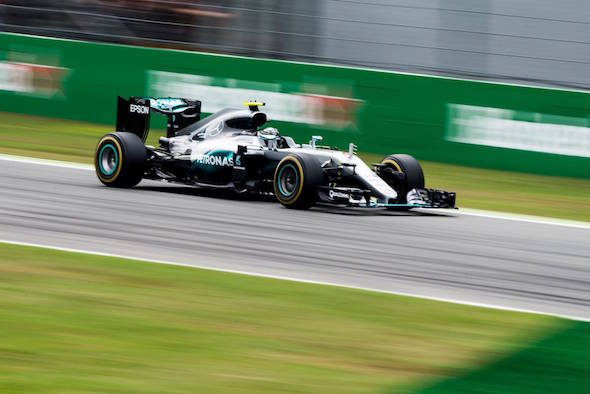 The man in charge of Formula 1 has confirmed that the British Grand Prix's future is safe, despite speculation it could be dropped in 2019.

Silverstone has been the permanent host of the British GP since 1987, but earlier this year the British Racing Drivers' Club, which owns the circuit, said that it was considering exercising a contract-break clause.
It cited the high costs associated with hosting the event, saying it would be 'potentially ruinous' to continue staging the loss-making race.

However, new F1 boss Chase Carey has allayed fears that the British leg of the season could be struck off the calendar.

Speaking to BBC Sport, he said: "We will have a British Grand Prix.

"The foundation of the sport is western Europe. We want to grow it. There's a negotiating dynamic that exists, but we want a healthy relationship with our promoters.

"We are going to look at ways of making events bigger and better."

Former Mercedes boss Ross Brawn has been appointed managing director amid a reshuffle of the sport's top staff.

He reiterated Carey's stance that Silverstone was 'very important' to F1, saying: "A lot of the new circuits are very exciting and they bring their own element to F1.

"They are in it because they want to be part of that show that includes Monaco, Silverstone, Monza, Hockenheimring and the Nurburgring.

"You have still got to maintain those traditions to have the values in F1."
Tags
Read Full Story Click here to comment