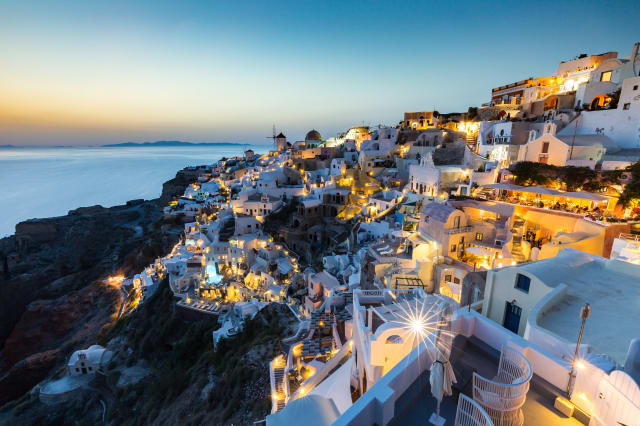 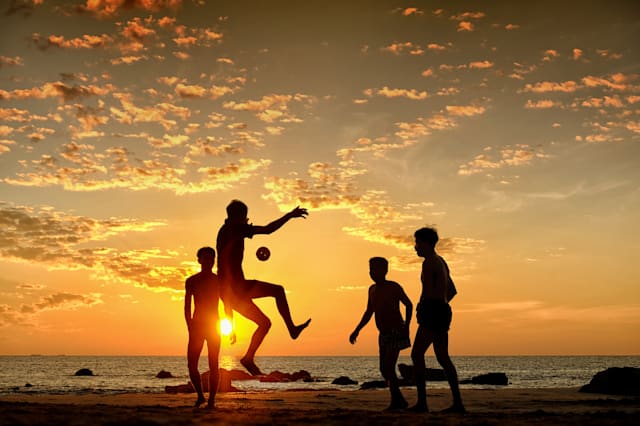 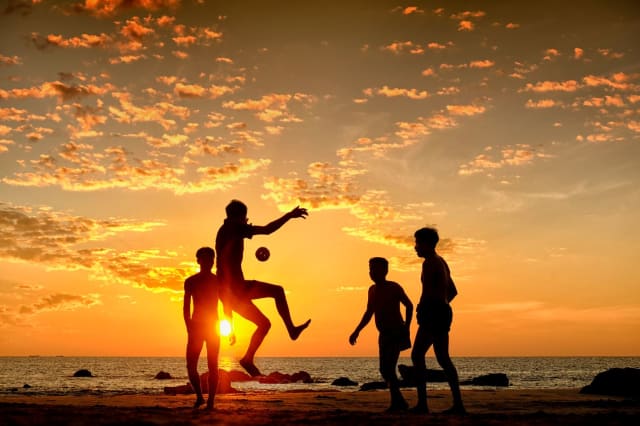 The lucky winner will be sent on a photographic commission for National Geographic to destinations including Myanmar and Iceland.

The 2017 competition winner will be announced on 18 February at Intrepid Travel in Brixton, London. You will also be able to see a full public exhibition of the shortlisted and winning images the same day.

The winning photographs will also be featured in the April 2017 issue of National Geographic UK.

See the full list of finalists for the 2017 competition in the slideshow below.

"We decided to head into the Forest before heading home from our weekend stay and so glad we did. It was clearly evident that the light of the evening was going to be amazing... the water was still and lonely... then out of the purple heather came a herd of horses. I took a number of shots but waited patiently in the hope that they would circle the circle of water in perfect symmetry - and they almost did."

"On this day, it was necessary to move very quickly because the last train left very little time...  I found a very narrow rock on which it is possible to place only a tripod and just enough space to stand very close together... I simply forgot that behind me break in about 8 meters... it was very scary when I realised that I could step back and fall. I say this because in this place not so long ago a photographer fell..."

"Salalah was the starting point for an expedition I was about to embark on to cross the Rub Al Khali desert, also know as the Empty Quarter. I was preparing my equipment for the expedition when I spotted out the corner of my eye a young man training his horse on the beach backlit by this beautiful orb of a sun..."

"The image was taken at sunset on Ngapali beach in Myanmar. What struck me at the time was how you can go to places you might think are remote, but you will always find people who love sport.  From the heights of world football in Europe to a beach in Asia, everyone can find the same joy in the game, all you need is ball! These boys certainly have one of the more beautiful backdrops in which to play..."

"This shows part of a troupe of firebreathers who deliver a breathtaking performance. For 20  minutes I stood mesmerised by their display, shooting off photo after photo. I've never seen such an athletic, intense fire show! Because the action is so fast and furious it can be a little hit-and-miss as to whether you get a good shot and there was no time to check my results - I didn't want to miss a moment... I love that I managed to not only capture the fire as it curled into the shape of a horse-head but also the flames illluminated the man & his own swirling tattoos. For me, it always conjures the feeling & memory of an exotic, primal experience."

"I was in the bush searching for a leopard for my clients when I saw this unusual behavior of a garden lizard in the middle of the road. Suddenly, I realised that the predator - a common bronze back snake - was not so far away... When the snake strikes, the lizard acted like a monk from a shaolin temple...  The snake didn't enjoy the extra attention he got from the crowd. That slight distraction gave the loophole to the lizard to live another day."

"Whilst on a tour of the Bhaktapur (Kathmandu) tourist area, I was walking among a number of local shops when the brightly coloured door and hanging beads of this particular shop caught my attention... I saw a sweet old Nepalese man in his national dress, who was happy for me to take my pictures. His was shy, almost timid and humble yet proud to dress bold, he took great pride in his colourful organised shop full of hand made beads. Unfortunately 24 hours after taking this image Kathmandu (Nepal) was hit with a devastating earthquake (25-04-2015) . Although traumatic for me I escaped with only mental scars, for the people of Nepal they lost much more; their family and friends. I never managed to find out the fate of my bead shop man; but one day I will."
"This is a portrait of a woman dressed in skull-candy face paint and costume to celebrate the Day of the Dead festival in Cancun’s El Parque De Las Palapas, Mexico.  The festival, locally known as ‘Dia De Los Muertos’ is an annual celebration in memory of loved ones who have passed away. Seeing the festival has been on my bucket-list for years, so when my trip to Mexico coincided with the celebrations I asked some locals where best to witness it. ... I couldn’t resist stopping her and asking for a photograph.  I find her solemn expression juxtaposed with her colourful make up and accessories striking, and a nice portrayal of how the event celebrates what is usually considered a sad time."
"I am fascinated by people in their own environment during their daily life. The train station is a key moment for many people and the second class is where one can better appreciate the adaptive nature of people. I ask permission before taking any photo and generally people are very generous, curious and helpful. I spent two mornings going from one train to the other and this is the result. "
"This photograph was taken in January 2016 and features a bird’s-eye view of the approach to the Moremi Game Reserve in Botswana’s Okavango Delta region. Moremi is cut off from the remainder of the Delta and requires transit by light aircraft or helicopter. The shot was taken from a Cessna plane and shows one of the many ephemeral tributaries of the Okavango basin which snake through the landscape following the annual discharge of rain from the Angolan highlands."

"Pilgrims arrive in Lalibela from all over the country wrapped in devotional white robes. The churches are interconnected by a labyrinth of narrow alleys."

"It was an early morning rise for us when our game ranger had been informed of mating activity within a group of lions. When we found the group, the sudden torrential downpour put a halt on the lions' activity but created a different photographic opportunity. The lions were completely exposed to the elements with no nearby shelter on offer. Camera at the ready,  it was only a matter of time before the lions did what they could in order to keep themselves dry... "

"It was the end of a long day of sightseeing and I had reached the top of Corcovado, only to be greeted by thick cloud as far as the eye could see. After a couple of hours waiting between rain showers and with light fading, I had almost given up hope of seeing the classic vista across to Sugarloaf Mountain. Suddenly, the clouds parted to reveal Rio de Janeiro in all its glory and I quickly set up my camera. As light flooded across the city, I noticed the shadow of Christ the Redeemer fill my frame and quickly took a series of shots, as a rainbow briefly gave the statue its own halo. "

"In the evenings people gather to watch the sunset over the town of Oia on the northern tip of Santorini's crater. The view is incredible, so much so that the sunset has now become a bucket-list tourist attraction. For the five nights I was in Oia there was a low, thick haze on the horizon but very few clouds. This stopped the sky getting much colour but instead left a cool blue hue to tint the white buildings and complement the orange street lights.  I used a wide angle lens to capture the scene with the focus on the buildings that cling to the caldera rather than the sunset. The star burst from the light of a hotel viewpoint below was included to add an interesting foreground element."

"I took this image while travelling to Hong Kong on a video commission for my company, Heehaw. We had been directed to the crossing at Sogo, a great location to capture hoards of people moving between breaks in the traffic. Shooting there for a while, I saw this one man make a break for it but only get as far as the central island before the traffic started again. For a few minutes we were completely isolated in an otherwise overcrowded and frantic urban environment, cut off by the relentless traffic. His route blocked and forced to pause, for a short moment his life was on hold. The man waited patiently for time to tick by before being lost again to the anonymous throng of one of the most densely populated cities on Earth."
Up Next