Motorist blocks in car parked on her driveway 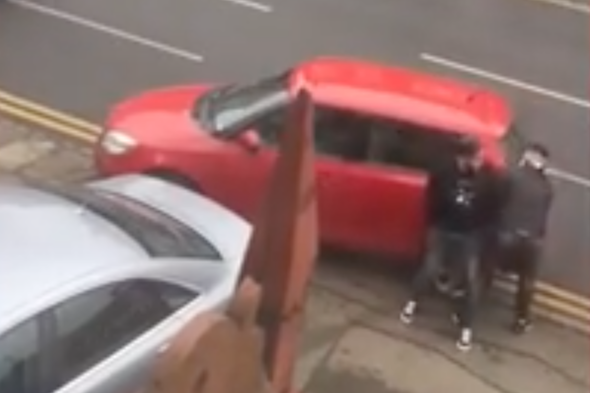 A journalist who blocked in a vehicle that had parked on her private drive was left shocked when its owners forcefully tried to move her car.

Hannah Crocker, who works for Caters News Agency, which shared the footage, had parked behind the silver Audi, after its driver repeatedly left their car in her space on her Birmingham houseshare's five-car driveway.
When the driver returned to find himself blocked in, he tried to lift Crocker's red Skoda Fabia out of the way, before enlisting a friend, rocking it heavily on the axles.

One of Crocker's housemates filmed the pair, and alerted her to what they were doing.

She returned to find the unapologetic man waiting in his car.

Speaking to the Daily Mail, she said: "When I approached them, the two men started shouting at me, asking why I'd blocked them in.

"I asked why they'd parked on my driveway, and their response was "there's nowhere else to park".

"I couldn't believe the cheek of them! They didn't even apologise for repeatedly using our driveway.

"I eventually moved my car, and they drove off."